We owe the modern fame of the daylily, Hemerocallis, to a single man whose work at The New York Botanical Garden birthed an industry. Arlow Burdette Stout (1876 - 1957) was a research scientist, geneticist and daylily hybridization specialist.  His career at the New York Botanical Garden spanned nearly four decades (1911 - 1947) where he served as Director of Laboratories and later Curator of Education and Laboratories.

Dr. Stout was internationally known for his acheivements in plant genetics.  His research at the NYBG led to important advances in the development of daylilies. Before Stout, a habit of self-sterility in daylily species (an inability for a flower to pollinate itself) made it difficult to propagate them without failure. Nearly 50,000 cross-pollination experiments later, Stout had all but reinvented the flower.  He developed over 100 registered daylily cultivars of lasting horticultural value. 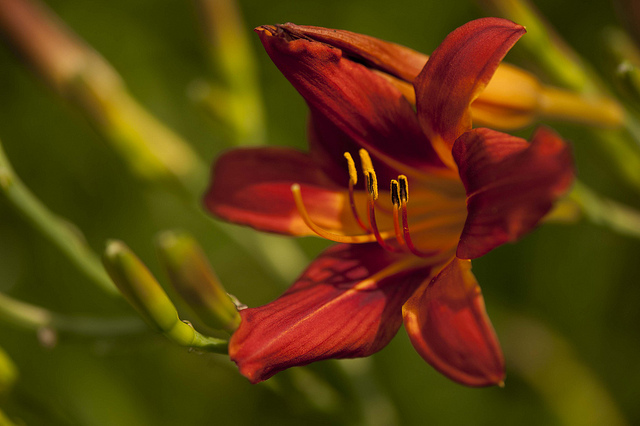