This guide presents a profile of P.J. Berckmans Fruitland Nurseries, Augusta, Georgia and explores the transformation of the nursery into America's most famous golf course, Augusta National home of the Masters.

The digitized nursery catalogs of Fruitland Nurseries, now in Mertz Digital and accessible on the web, help to tell a story about the American South; a story that like so much about the South is connected to the soil.   This story will bring a family through the barricades of the European revolutions of 1848 to America as refugees; witness the family patriarch's struggle to save his fruit trees from the devastation of the American Civil War and General Sherman’s Army during its march through Georgia, and chronicle one person's  horticultural legacy of azaleas, magnolias, and a magnificient oak tree that provides the stage for a drama that unfolds each April at the Augusta National Golf Club, home of the Masters golf tournament. 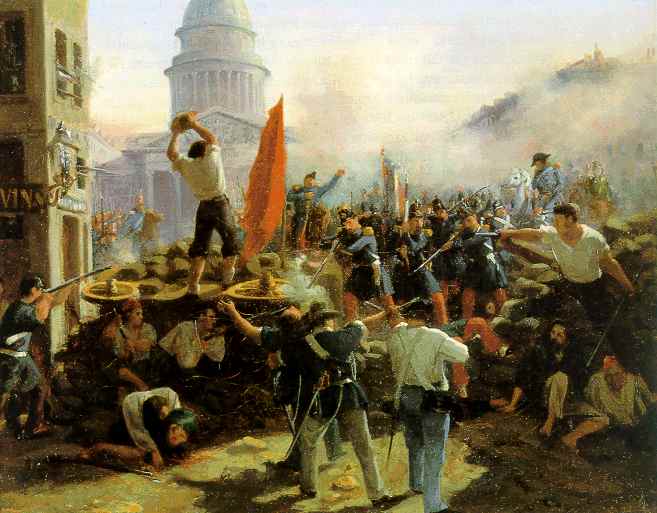 We begin however, not in the American South but at the elegant Arschot, Belgium country estate of an aristocratic family that proudly traced its lineage back more than a thousand years.  It is the year 1829 and a son has been born into the family of Baron Louis Edouard Berckmans.  The child was given the grandiose name of Prosper Julius Alphonso Berckmans, but, after he came to America, he would be known simply as P.J. Berckmans. The EAD finding aid to the papers of P.J. Berckmans may be found here.

Intelligent and curious about the natural world, the young aristocrat became attracted to the science of botany.  In France, where he was educated, he attended lectures at the Jardin des Plants and meetings of the Royal Horticultural Society.  While still in his teens, he learned the practicalities of horticulture by managing his family’s vast properties and he associated with leading botanists at the Botanical Gardens in Brussels.  Young Prosper was mentored by the celebrated French horticulturist Jean Baptiste Van Mons with whom he helped write, Arbres fruitiers: leur culture en Belgique et leur propagation par la graine, a monumental three volume work on the fruits of Belgium and France.

The elegant life of the Berckmans was soon to come face to face with the social upheaval of mid-19th century European politics. The political and social forces unleashed during the revolutions of 1848 in Europe motivated the Berckmans family to leave Belgium for America.

The Berckmans settled in Plainfield, New Jersey where they established a nursery and became friends with the famed landscape architects and horticulturalists Charles and Andrew Jackson Downing .   Young P.J. Berckmans assisted the Downings in revising their standard work on the Fruits and Fruit Trees of America. The Mertz Library has eleven editions of Fruits and Fruit Trees of America including the rare 1850 edition with color plates, here.

In 1857, married to an American and an American citizen himself, P.J. Berckmans purchased land in Augusta, Georgia where he believed an amazing variety of fruit trees could be successfully and profitably cultivated.   The new nursery was named Fruitland and the family moved into its large West Indian style two story manor house built by a prior owner.  The Berckmans’ manor house still stands, and is now well known to many millions of golfers and golf spectators as the famed clubhouse of the Augusta National Golf Club. 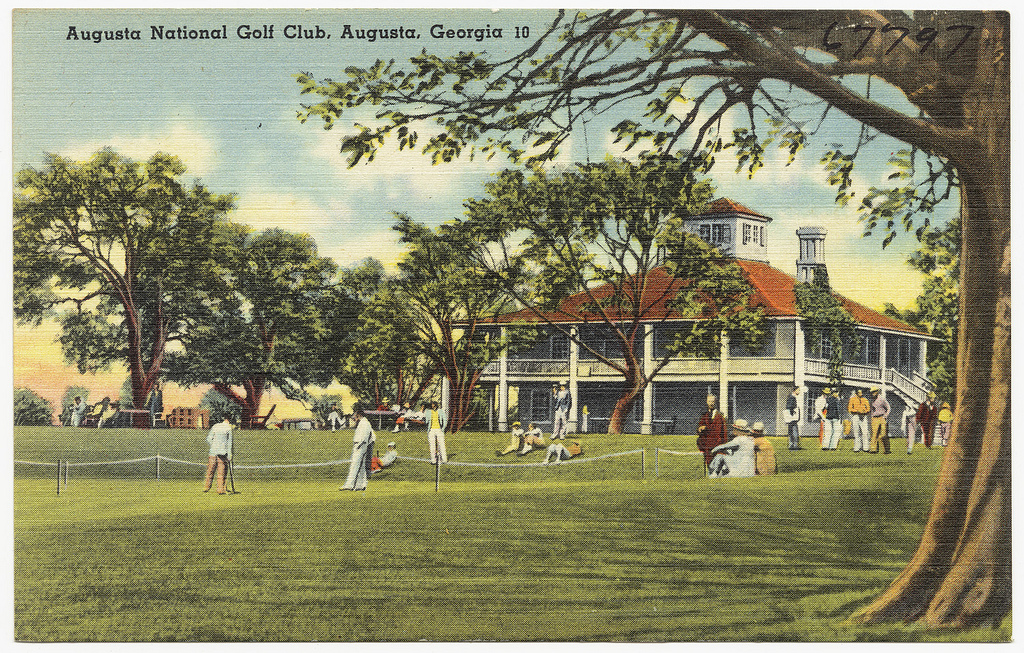 P.J. Berckmans in a few short years would successfully plant the most astounding variety of trees, shrubs and plants ever introduced to the American South.  Almost immediately, Berckmans planted Oak trees on his property, one of which is now called the Big Oak Tree that stands elegantly next to the clubhouse at Augusta National. He also planted, before the Civil War, a magnificent lane of 61 Magnolia trees leading up to his family’s manor house. (This Magnolia Lane has become one of the most famous and picturesque landscapes in all of America and is a familiar sight to television viewers of the Masters golf tournament.) In 1860 he introduced the Amur privet hedge from France. The ten specimens he received from France are considered to be the mother hedge for millions of privet hedges throughout the South. He also introduced the golden arborvitae (Thuja orientalis 'conspicua') and dwarf golden arborvitae (Thuja orientalis 'nana') and the Chinese wisteria (Wisteria sinensis) to the South and the vine, on a tree near the clubhouse, is believed to be the largest vine of its kind in the nation. At age thirty, P.J. Berckmans was the most accomplished horticulturist in the South.

Portrait of P.J. Berckmans from The Canadian Horticulturist, vol.XI, no.3, 1888. [Source:Google Books from collection of Cornell University Library.] 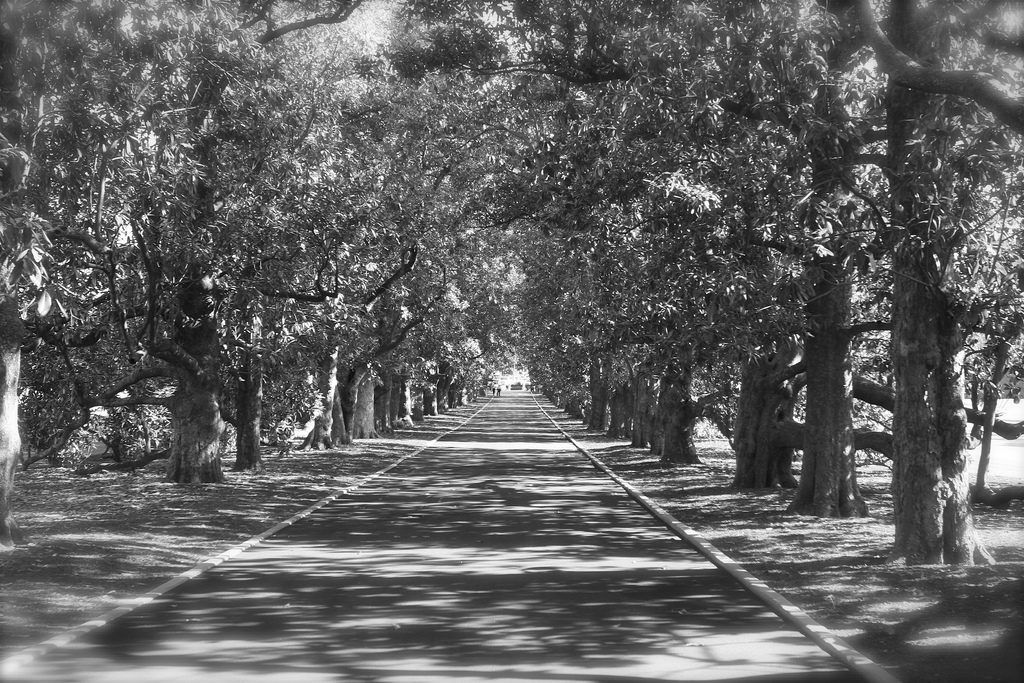 Political turmoil continued to pursue the Berckmans and the destruction and violence of the American Civil War suspended nursery operations.  The weeks preceding the invasion of Georgia by General Sherman and his Northern Army were tumultuous.  The destructive path of the Union Army while it came perilously close did not cross the cultivated orchards and nursery beds of Fruitland.

The decades that followed the Civil War were very prosperous for P.J. Berckmans and Fruitland.  Mr. Berckmans introduced hundreds, perhaps thousands of varieties of trees, plants and shrubs.  Of particular note was his cultivation of many types of peaches and he eventually became known as the “Father of Peach Culture.”   He bred the Elberta, Belle, and Thurber peaches, which became Georgia’s primary commercial varieties.  Parenthetically another famous son of Augusta, Georgia - Ty Cobb, one of the original members of Baseball’s Hall of Fame, was nicknamed “The Georgia Peach” by newspaper writers who were undoubtedly aware of the famous peach orchards of Fruitland Nurseries, Augusta, Georgia.

P.J. Berckmans continued to bring wonderful shrubs to the American nursery marketplace. Most famously he imported gorgeous specimens of camellias and azaleas to the American South.   Fruitland Nurseries is credited with being the first southern nursery, to offer Azalea indica.   Azalea indica is the variety of azalea that picturesquely frames the 13th hole at Augusta National. 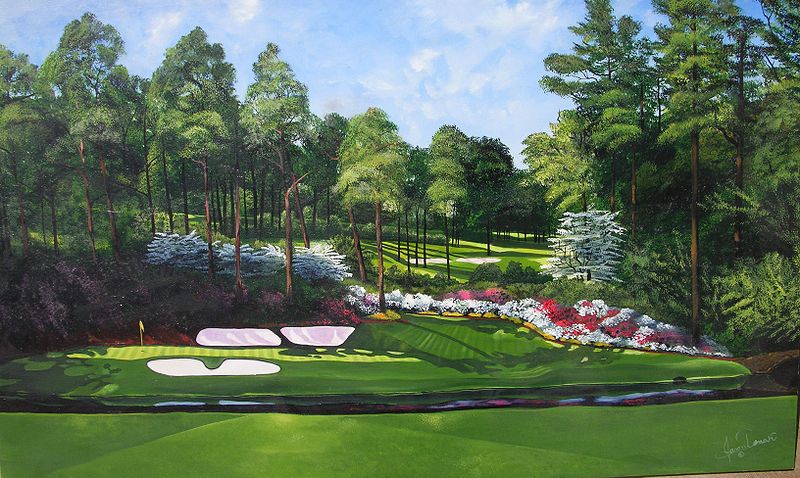 By the late 19th century Fruitland and P.J. Berckmans had become synonymous with horticultural excellence and the American Pomological Society called Fruitland “the Southland horticulture Mecca for all tree and plant lovers and a botanical institution serving the entire nation.”  Mr. Berckmans established the Georgia State Agricultural Society and served as its first and only president from 1876 till his death in 1910. He also founded the Georgia Board of Entomology.  He served as President of the American Pomological Society for five successive terms, 1887-1897, the highest recognition available in his profession.  In 1889, he was recommended by many agricultural journals both in the North and the South for the newly created federal government position of Secretary of Agriculture; however his attachment to Fruitland and the Democratic Party would not allow him to accept the appointment.

Mr. Berckmans continued to contribute to agriculture and horticulture with great intelligence and vigor for the remaining decades of his life.  When he died at age 80 in 1910 his sons, both accomplished landscape architects, expected to inherit and continue the Fruitland nursery.  However Fruitland had instead been willed to P. J. Berckmans' young second wife.  The family feud resulted in litigation before the Georgia Supreme Court in the case of Berckmans v Tarnok  151 Ga. 117 (1921).  However, without the expertise of its founder Fruitland Nursery fell into decline prompting a sale of the property to a golf partnership led by the famed Georgia native and Harvard educated golf legend Bobby Jones.

The Bobby Jones group, in 1931, invited the two Berckmans sons P.J.A. Berckmans, Jr. and Louis A. Berckmans, who had both gone to New York to work on the gardens of the new Rockefeller Center, to return to Augusta and to participate in the construction and landscaping of the new golf course. 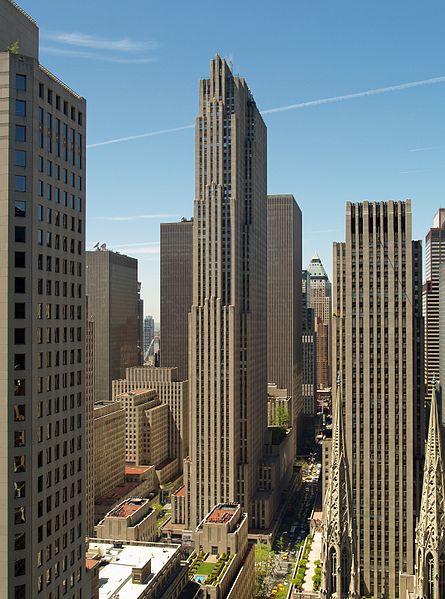 It was Louis A. Berckmans who prepared a report to Bobby Jones in which Berckmans conceived of the idea of beautifying the already splendid landscape by associating each hole on the golf course with a particular ornamental plant.  It was hoped that each hole would thus be unique and always identified with a collection of one special plant selected to adorn it. Bobby Jones knew a terrific idea when he saw one and soon the new golf course was ablaze with color from many thousands of gorgeous botanical specimen plantings, most memorably 400 Azaleas were moved to Hole #13 and it is known today as the “The Azalea Hole.”  A small nursery was established by the Berckmans at Augusta National so that the golf course would benefit from a continuous local supply of ornamental plantings.   An estimated 75,000 ornamental plants of 350 varieties are planted at Augusta National.

The following are the plantings associated with each hole at Augusta National.

Perhaps the most frequently told story about the splendid trees of Augusta National is one that concerns a loblolly pine [Pinus taeda] on the 17th hole.  "Also known as "the "Eisenhower Pine", the pine tree is located to the left of the fairway on the 17th hole, approximately 210 yards (192 m) from the tee. President Dwight D. Eisenhower, an Augusta National member, hit the tree so often, that at a 1956 club meeting, he proposed it be cut down.  Not wanting to offend the president, the club's chairman, Clifford Roberts, immediately adjourned the meeting rather than reject the request." - [Source: Wikipedia, “Eisenhower Tree”] The front cover of the 1915/1916 Fruitland Nurseries catalog displays pine trees similar to the one that tormented the President. 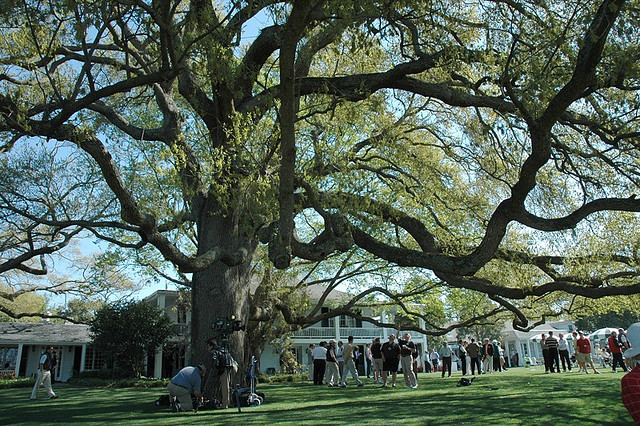 Big Oak at Augusta National planted by P.J. Berckmans in the 1850's

Today the Masters is often called “the tournament like no other” no doubt in part because of  the thousands of magnificent trees, shrubs and ornamental plants that grow there and have for decades captivated television viewers and golfers around the world. The plantings of Augusta National are directly or indirectly the legacy of P.J. Berckmans, the father of Fruitland Nurseries (Augusta, Georgia). 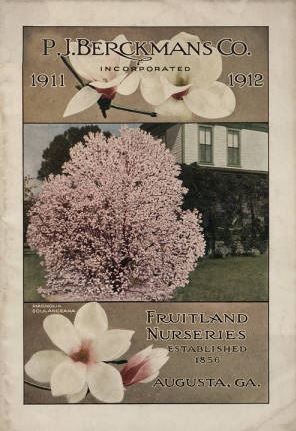 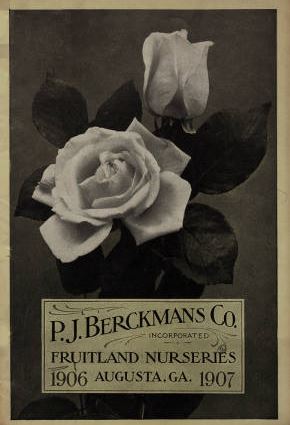 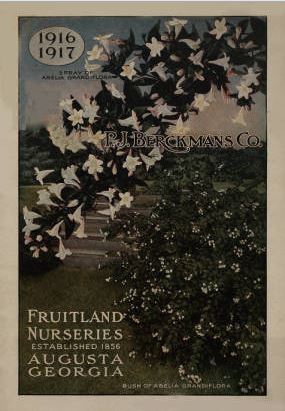 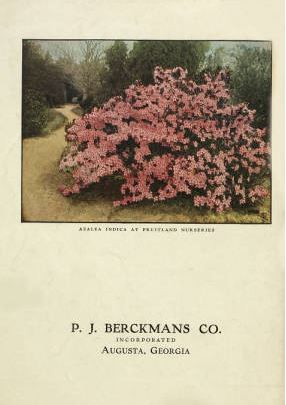