Boxwood (Buxus) has been grown in the United States since the mid-17th century, when the first plants were brought to New York from Europe to plant in the gardens of well-to-do and well-established colonists.  There are now approximately 150 boxwood cultivars and species that are available to home gardeners.

The most commonly grown boxwoods are the common (or American) boxwood, Buxus sempervirens, and the English variety Buxus sempervirens 'Suffruticosa'. While many landscapers refer to boxwood as English or American, that is not really a true difference as the “American” species actually originated in England as well.

These two, beautiful, boxwood types are slowly being replaced in gardeners' affections by varieties that are less susceptible to disease due to their looser, less dense structures.

grows to a large shrub or small tree (to about 25 feet) but it can be easily pruned to any height or shape. There are many common boxwood cultivars and a form, leaf size and coloration is available to fit almost any purpose. Hardy in zones 6 to 8, common boxwood has long been considered the backbone of a formal garden but it can suffer in prolonged cold weather and late spring chill. Do not prune after August 1st or branches may die back in cold weather.

Typically, B. sempervirens cultivars grow more tall than wide. New foliage is blue-green and darkens to glossy, dark green and convex, with yellow-green leaf reverse.  Narrow and bluntly pointed leaves, ½ to 1½" long, grow opposite, on square stems. Foliage is dense. The smell that many consider an unpleasant attribute of boxwood is most associated with common boxwood.

is also hardy to about Zone 6. It is a slow-growing, compact shrub, rarely growing over 3 feet, with leaves less than 1" in length. It is often grown as an edging plant and in parterres. Trials have shown B. sempervirens 'Suffruticosa' to be somewhat more resistant to leafminer problems than common boxwood; it is, however, very disease-susceptible, particularly to boxwood blight, and prone to be troubled by mites and psyllids 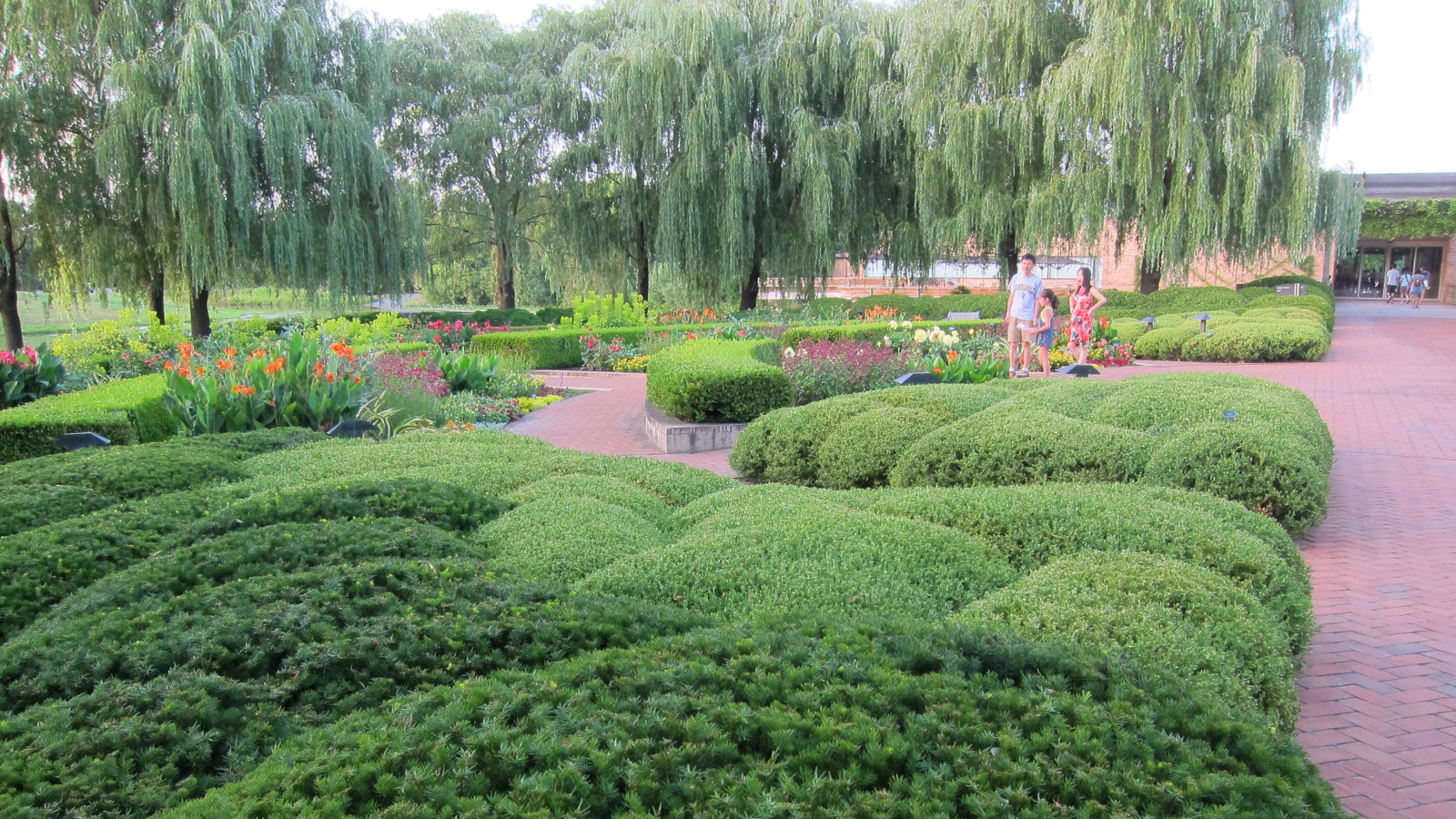 is generally hardy in zones 6 to 9 but subject to late frost damage in the New York area. These plants grow quickly in the three to four foot range, though plant forms and sizes are extremely variable. If left to grow in their natural habit, shrubs are up to twice as wide as they are tall.

The mid-green leaf color changes to a strong orange after the first fall frost, particularly if not protected by some shade, though some cultivars retain greener coloring all year. Individual leaves tend to be more rounded than common box and grow from square, grooved stems. The leaves are similar to Korean boxwood, 1/3 to one inch in size, and waxy. The growing habit is even more loose than Korean boxwood and can be ungainly, though regular pruning can create an attractive shape.

Without the cold tolerance of Korean boxwood and tending to become strongly discolored in winter, littleleaf boxwood is less desirable in the northeast than it is in warmer climates.

are widely grown hybrids developed by Sheridan Nursery in Ontario, Canada to combine one parent's hardiness with the other's attractive form. The cultivars 'Green Gem',  'Green Mountain', and 'Green Velvet' all form taller, 4 foot+ plants and are considered outstanding varieties. All discolor in the winter and are prone to leaf miner damage and fungal disease.

Noteworthy Books on Trees and Shrubs