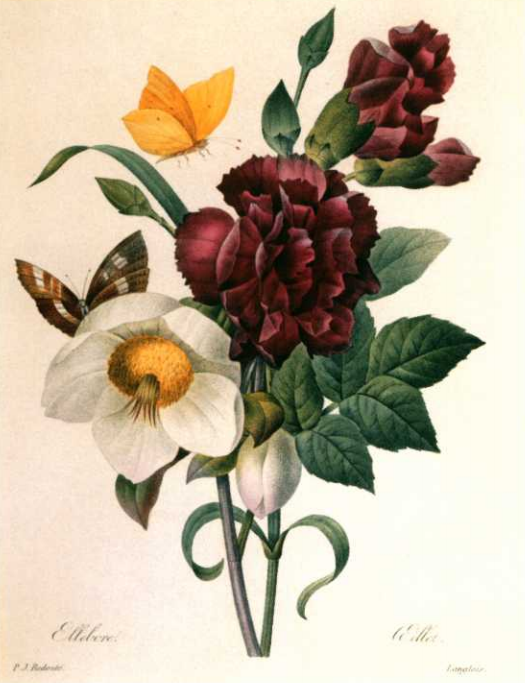 Flowers by Redouté, Artist for an Empire presents the work of Pierre-Joseph Redouté (1759-1840), one of the world's most celebrated botanical illustrators. Despite having lived through one of the most turbulent eras of European history, Redouté developed influential new techniques that transformed the art of botanical illustration. His fame was such that he claimed three queens and two empresses as pupils and patrons, including French Empress Joséphine Bonaparte.

The exhibition showcases all of Redoutés major work, including Les Roses and Les Liliacées, which record the plants grown at Empress Joséphine's Château Malmaison. It also features work by Redoutés mentors, engravings commissioned by famous botanists of the day, and concludes with a display of engraving tools and techniques; also included are important books and prints by his students and followers.

Flowers by Redouté provides us the opportunity to exhibit some of the many treasures in the collections of The New York Botanical Garden's LuEsther T. Mertz Library, the most important botanical and horticultural research library in the world. Jane Dorfman and Stephen Sinon from the Mertz Library have skillfully curated this exhibition under the direction of Susan Eraser, Director of the Library, with the support of the entire library and conservation staff. We are very grateful for significant loans from the Rachel Lambert Mellon Collection of Oak Spring Garden Library and the Hunt Institute for Botanical Documentation of Carnegie Mellon University. Special thanks go to Stephanie and Lawrence Flinn, Jr., whose generous support made this exhibition possible.