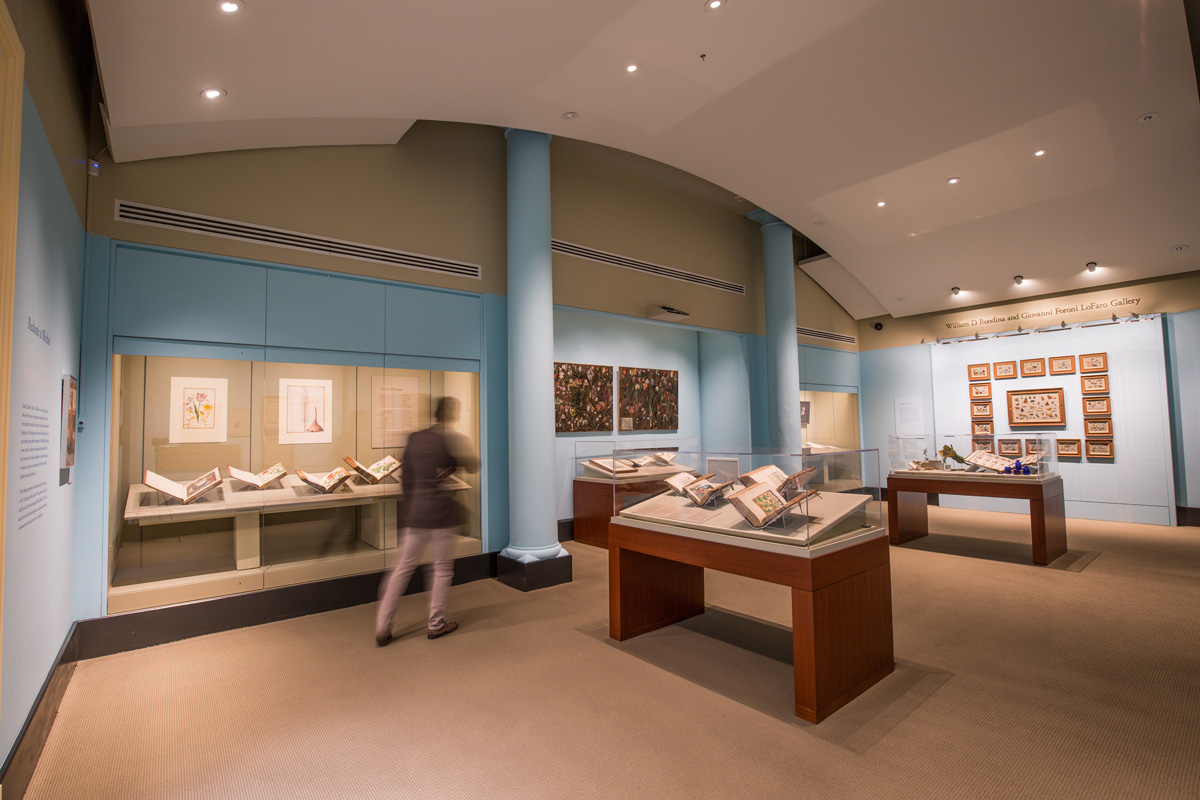 This stunning exhibition comprises nearly 80 works, ranging from the 14th through the 20th centuries, from the Oak Spring Garden Library, which the late Rachel Lambert ("Bunny") Mellon founded on her estate in Upperville, Virginia. Among the featured works—many never before exhibited publicly—are rare masterpieces by renowned botanical artists such as Jacques Le Moyne de Morgues (ca. 1533-88) and Pierre-Joseph Redouté (1759-1840) as well as 20th-century paintings by Pablo Picasso (1881-1973) and Andy Warhol (1928-87).

Bunny Mellon, who died in 2014 at age 103, was an accomplished garden designer, legendary art collector, and noted philanthropist. Among her many important gardening and landscaping endeavors, she designed the White House Rose Garden during the administration of President John F. Kennedy. Over the course of decades, Mrs. Mellon assembled a distinguished collection of botanical artwork and a library of more than 10,000 volumes on botanical subjects, reference resources that informed her professional pursuits as well as her personal interests in Oak Spring's greenhouses and gardens.

The study—and practice—of garden design and botanical art are two major activities of The New York Botanical Garden. For many years the Garden was fortunate to enjoy collaboration with Mrs. Mellon.  A trustee of The New York Botanical Garden in the late 1960s, Mrs. Mellon was an accomplished gardener and garden designer, and serious collector. Mrs. Mellon expanded our understanding of botanical art. Her generosity in sharing treasured objects from her collection for exhibitions throughout our decades of friendship has enriched our scholarship and touched the lives of thousands of visitors.

It is our great honor to host this exhibition of just a fraction of the masterworks housed in the Oak Spring Garden Library. Redouté to Warhol: Bunny Mellon's Botanical Art showcases some of the most important works in the art collection Mrs. Mellon assembled in the Library dedicated to botanical subjects she founded on the property of her estate.

The New York Botanical Garden is uniquely positioned to organize and present an exhibition celebrating the great range and breadth of Mrs. Mellon's collection. I hope you will be as inspired by the beauty and wonder of the plant world as was Mrs. Mellon herself.

Lucia Tongiorgi Tomasi is Professor Emeritus in the Department of Art History at the Universita di Pisa. A prolific writer, Dr. Tomasi focuses on the relationships among art, science, and nature.

Tony Willis is Librarian of the Oak Spring Garden Library.

Susan Fraser is Vice President and Director of the LuEsther T. Mertz Library at The New York Botanical Garden. 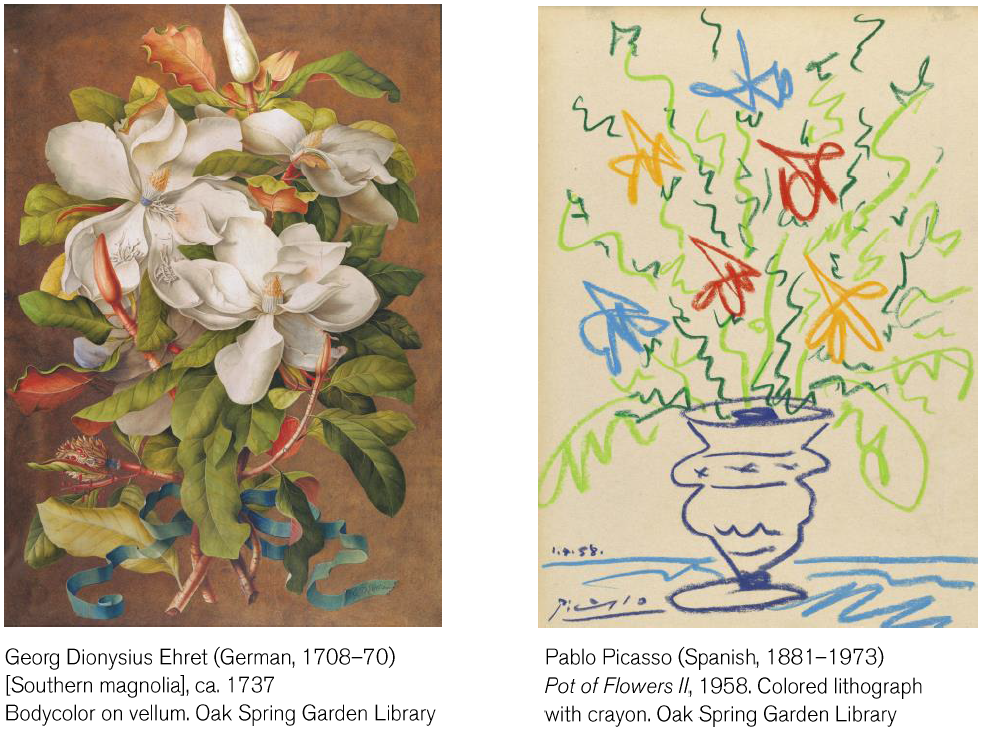 Among the rare books that are on display are extraordinarily ornate examples of books of hours, devotional texts popular in the medieval period, and La clef des champs (1586), a small pattern book by Le Moyne of natural history subjects for artists and craftspeople. Watercolors by French artist Nicolas Robert (1614-85) showcase the artist's scientific knowledge and keen attention to botanical detail, which was likely gained by painting the plants on the estate of Gaston d'Orléans, younger brother of Louis XIII.

The exhibition also features the art and economics of "tulipomania," the craze for tulips that seized Holland in the 17th century, with still life paintings by Johannes Baptista van Fornehburgh (1585-ca.1649) and Daniel Seghers (1590-1661) and watercolors by German painter Jacob Marrel (1614-81) that were made for tulip bulb catalogs. A central gallery wall in Redouté to Warhol presents a grid of 17 paintings on copper by Dutch, artist Jan van Kessel (1626-79). Arranged to emulate a cabinet of curiosities, these highly detailed works depict plants, insects, arachnids, mollusks, and reptiles.

Georg Dionysius Ehret (1708-70), one of the greatest masters of botanical art, worked for preenninent botanists, including Carl Linnaeus, which contributed to his superior knowledge of plant form, as shown in his depictions of magnolias and pitcher plants included in the exhibition. Redouté, who served as a royal court artist for Marie-Antoinette and later for Empress Josephine, is represented by three watercolors painted in the late 18th and early 19th centuries.

The time-spanning breadth of Mrs. Mellon's collection is also highlighted by a groupihg of works by prominent artists of the late 19th and 20th centuries. Flowers of Poetry (1890-95) by Henri Rousseau (1844-1910) features humble violas, asters, and other common garden plants arranged in a simple still life. Two of Picasso's still life prints, completed in Cannes in the late 1950s, depict floral arrangements as simplified, boldly colored shapes. Andy Warhol's Vine Leaf Marinade—an illustrated "recipe" from Wild Raspberries (1959), the handmade satirical cookbook he designed and illustrated with New York interior decorator Suzie Frankfurt—provides a more whimsical and stylized view of plants. Finally, Sophie Grandval (b. 1936) began her career as a textile designer but turned to intimate paintings of natural subjects, including that bane of gardeners in Dandelion (1990).

Selected works can be viewed here. 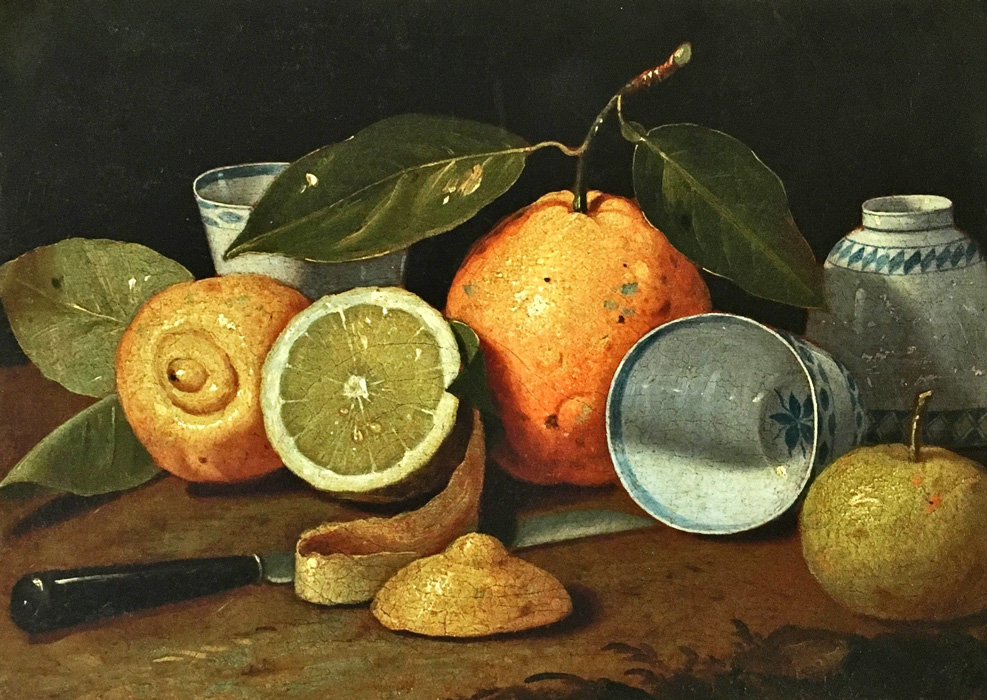 The mission of the Oak Spring Garden Foundation is to perpetuate and share the gift of Rachel Lambert Mellon, including her home, garden, estate, and the Oak Spring Garden Library, which comprises a celebrated collection of rare books, manuscripts, works of art, and other related artifacts. The Foundation is dedicated to facilitating scholarship and public engagement on the history and future of plants, including the culture of gardens and landscapes, and the importance of plants for human well-being. Learn more at oakspring.org.

The New York Botanical Garden wishes to thank the following individuals and institutions for their assistance in the development of Redouté to Warhol: Bunny Mellon's Botanical Art.

Exhibitions in the Mertz Library are made possible by the LuEsther T. Mertz Charitable Trust.