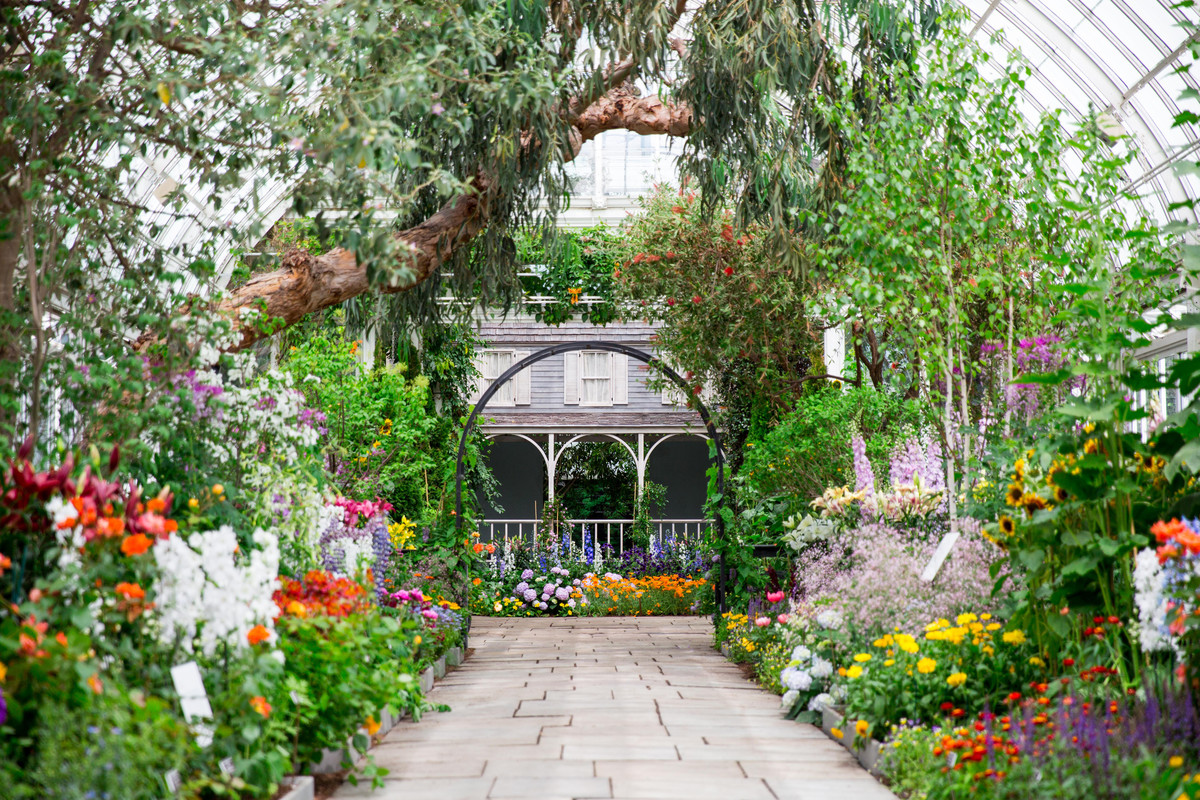 The LuEsther T. Mertz Library’s Art Gallery at the Garden exhibited exquisite artworks by well-known American Impressionists including William Merritt Chase, Childe Hassam, and John Singer Sargent. Paintings of outdoor scenes in private gardens, public parks, and rural art colonies highlighted the Impressionists' engagement with the natural world and the art of gardening. Sculptures by contemporaries of the Impressionists designed as garden decorations complemented the paintings.

In the Enid A. Haupt Conservatory, a design by Francisca P. Coelho, Vivian and Edward Merrin Vice President for Glasshouses and Exhibitions at the Garden, reimagined the rural cottage gardens that were popular with artist-gardeners in this time period and that were prominently featured in the paintings on display in the Gallery. The garden design was partially inspired by the work of Celia Thaxter, poet, artist, and salon hostess, whose home and hotel on Appledore Island off the coast of New Hampshire was a special gathering place for artists including Childe Hassam.

In collaboration with the Poetry Society of America, a poetry walk and accompanying audio tour featured the work of Celia Thaxter and other leading poets of the era, including Robert Frost and Amy Lowell. In the Everett Children's Adventure Garden, children engaged with the exhibition through art-making activities and a 19th century-style playhouse. Complementary Garden programming throughout the summer celebrated the poetry, music, and film of this period, including an evening concert series.

Learn more about American Impressionism with our Exhibition Guide. Transform your photos into Impressionist-style masterpieces with the Impressify™ tool.

Learn what plants NYBC's skilled horticulturists used to create the American Impressionism Garden with the guide below.