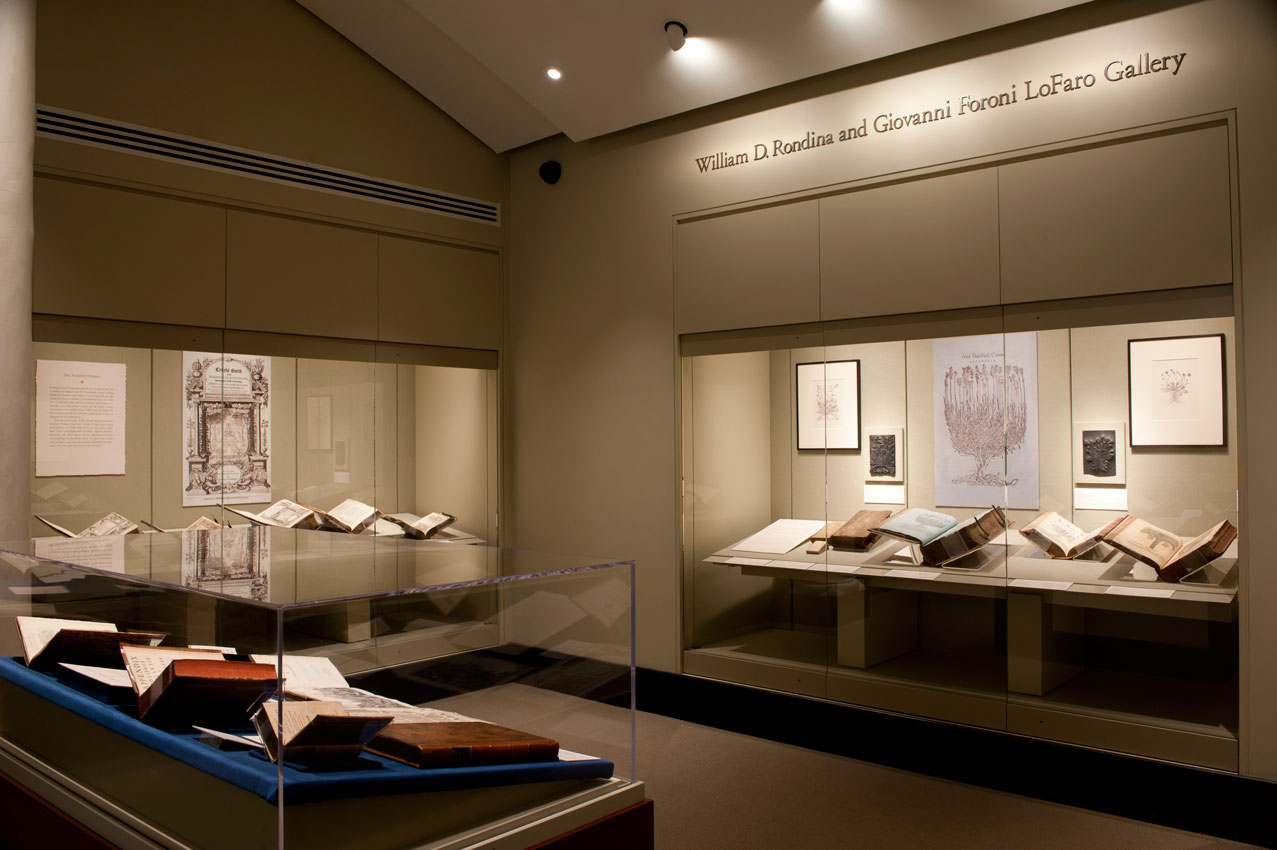 With a beautiful array of rare, richly illustrated manuscripts and early printed works, The Renaissance Herbal in the Rondina and LoFaro Gallery of The New York Botanical Garden’s LuEsther T. Mertz Library told the story of how ancient and medieval knowledge about the medicinal qualities of plants survived into the Renaissance, when herbals flourished as a manifestation of that period’s intellectual curiosity and spirit of scientific inquiry.

Describing plants and their useful properties, herbals are among the oldest known written and printed works in both Western and Eastern civilizations and contain the earliest recorded descriptions of the plant kingdom. The Mertz Library, the world’s largest library devoted to botany and horticulture, has a particularly rich collection of herbals.

On display from May 18 through September 8, 2013, The Renaissance Herbal  featured more than 50 printed books and manuscripts, drawn almost exclusively from the Library’s collection. The most extensive exhibition of rare herbals to be shown in the United States in decades, The Renaissance Herbal is the Library component of Wild Medicine: Healing Plants Around the World, Featuring The Italian Renaissance Garden, the Botanical Garden’s multifaceted exploration of how medicinal plants have been used to cure and rejuvenate people since ancient times.

Lucia Tongiorgi Tomasi, curator of The Renaissance Herbal, is Professor Emeritus in the Department of Art History at the Universita di Pisa. A prolific writer, Dr. Tomasi focuses on the relationships among art, science, and nature.

Digitized Titles in This Exhibition

Look through selected rare books from The Renaissance Herbal by clicking on the titles below:

Digitized Titles in This Exhibition through Biodiversity Heritage Library

Other editions of books shown in this exhibition can be found through the Biodiversity Heritage Library, to which the Mertz Library is a contributor.
Here is a sampling: