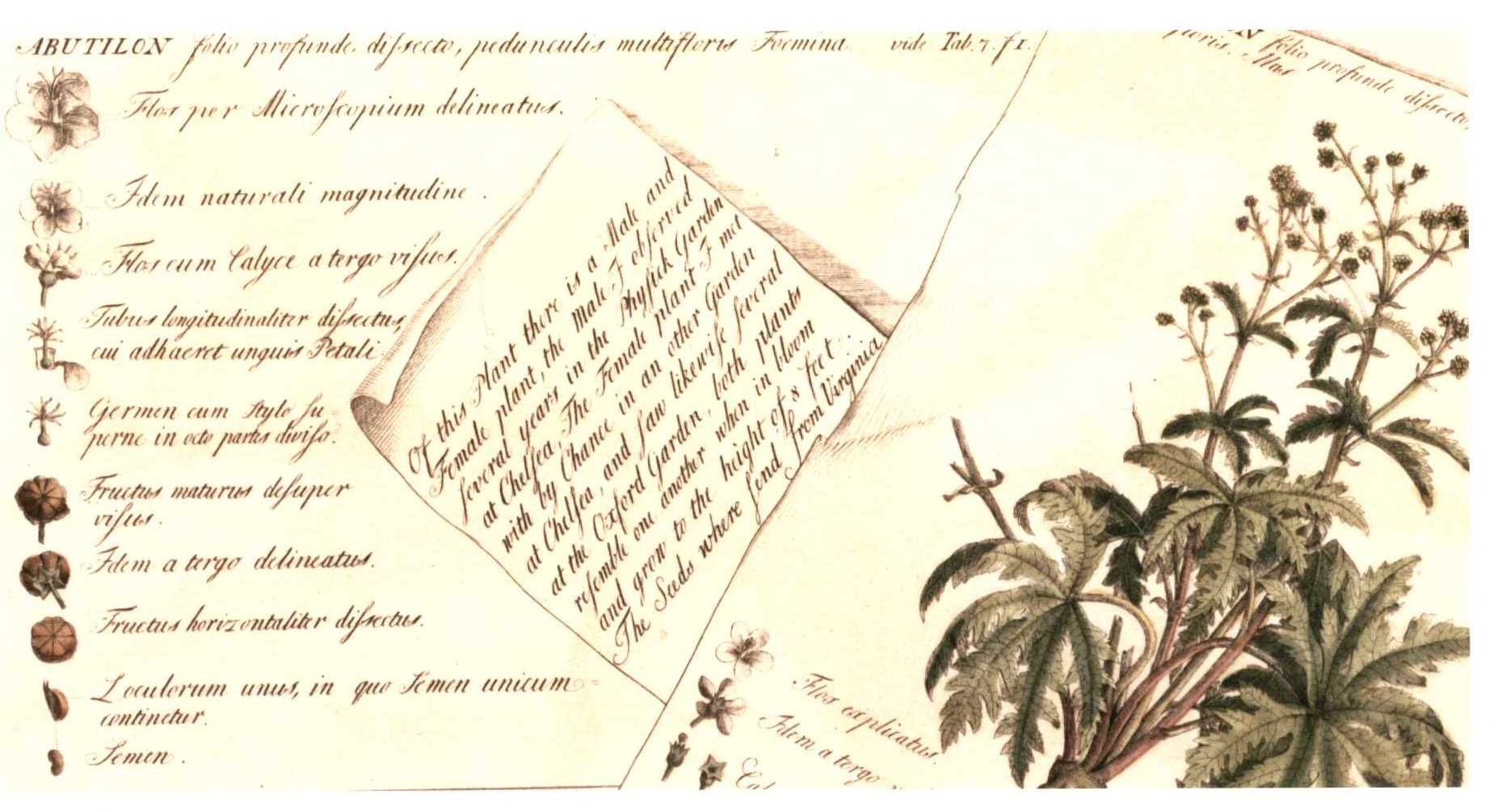 Georg Ehret: The Greatest Botanical Artist of the 1700s presented a selection of prints and drawings by an extraordinary and highly talented artist whose works were much in demand in his day. The exhibition introduced an array of exquisite plant portraits from the hand of this innately gifted illustrator, some on public view for the very first time.

Among the masterpieces displayed was a copy of the only work produced and published by Ehret himself entitled Plantae etpapilliones rariores and produced in London between 1748 and 1762. It is the only work for which he also did all of the engravings. Two of the most sumptuous hand-colored natural history folios ever created, Plantae selectae and Hortus nitidissimis, were also on view. They were published by one of Ehret’s greatest patrons, Dr. Christoph Jacob Trew, a wealthy Nuremberg physician. These works showcased Ehref s talent to a broad audience and ensured his rise to become one of the most sought-after drawing teachers of his day. His works even served as designs for painters at the celebrated Chelsea Porcelain Factory. The beauty of Ehret’s compositions is all the more remarkable when one considers that he never received any formal art training.

Ehret settled in London and became well known in the worlds of horticulture and natural science and met many great men and women of the Enlightenment. He received commissions from both wealthy patrons and botanists. Publications of prominent scientists who knew and patronized Ehret, such as Carolus Linnaeus (1707-78), Hans Sloane (1660 - 1753), and Mark Catesby (1683 - 1749), are also included in this exhibition.

In addition to the outstanding holdings of the Mertz Library, artwork in Georg Ehret: The Greatest Botanical Artist of the 1700s was on loan from the Hunt Institute for Botanical Documentation of Carnegie Mellon University, W. Graham Arader HI, Jutta Buck Collection, The Morgan Library & Museum, and the Collection of Mrs. Rachel Lambert Mellon’s Oak Spring Garden Library. The result was a stunningly beautiful exhibition.