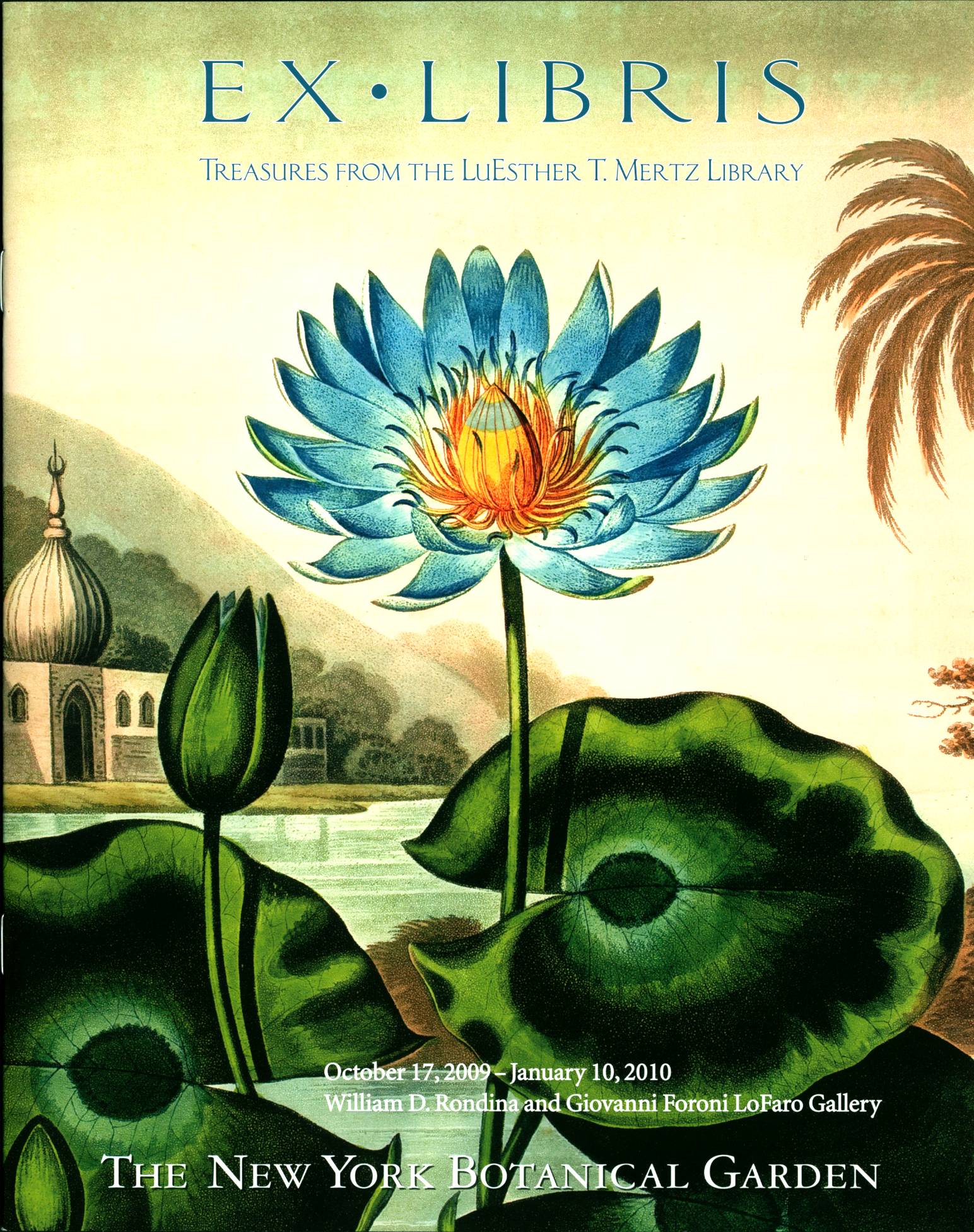 Ex Libris highlighted rarely seen items that demonstrate the extraordinary beauty and depth of the library’s collections. Included in the exhibit were samples of some of the greatest flower books ever published, as the Mertz Library is one of only a handful of libraries to hold such rare works; manuscript material offering invaluable original source documentation that has long been key to conducting research in many fields of study yet has often remain known to only a handful of scholars; sumptuously illustrated mycological works that highlight the strength of Library as a unique resource for the study of fungi; and a gallery of images drawn from the Library’s holdings of original botanical artwork.

The exhibit also paid tribute to the art of the book and included a glimpse of some of the intricate frontispiece illustrations and elaborate title pages found in many published works. Also on view were a number of remarkable and highly decorated gilded gift books from the collection of beautiful 19th century gold stamp publisher’s bindings.

Engravings, lithographs, watercolors and pen and ink drawings illustrated a rich variety of fruits, vegetables and flowers as well as depictions of early botanical explorations. Exceptional manuscript material such as a ledger book of a federal era New York nurseryman, the manuscript notes and illustrations for an important published work on orchard fruits and an original diary written on the U.S. Geological Expedition to explore the 40th parallel, an area today that is home to many national parks were on view.

While many of these itemswere selected for their intrinsic beauty, all have research value to interdisciplinary scholars in the sciences and humanities alike.