The Georgia Native Plant Society "is a nonprofit organization dedicated to promoting the stewardship and conservation of Georgia’s native plants and their habitats." They hold meetings every other month along with educational activities, garden tours, and partnerships with other native plant groups to restore habitats. There are three chapters of the Society located thoughout the state.

NativeSCAPE is a quarterly newsletter provided to its members online in PDF format.

A Native of Georgia

White Turtlehead, Chelone glabra, native to the Coastal Piedmont Mountain.  This plant will attract butterflies and hummingbirds to your garden. 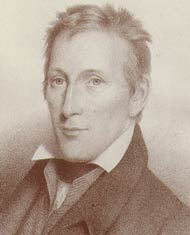 William Baldwin (1779-1819) was an American physician and botanist. His greatest contributions were his correspondence with scientists; among them were William Darlington and Stephen Elliott. His collecting expeditions led him to Georgia, Florida and South America. While stationed in Georgia during the War of 1812 he traveled on foot, usually alone, into territory occupied by the Creek Indians to collect botanical specimens. The New York Botanical Garden holds in its Archives many of his journals, correspondence and plant classification studies.