Several years of Gaillardia, the quarterly publication of the Oklahoma Native Plant Society, is available online.

A Native of Oklahoma

The Indian Blanket, Gaillardia pulchella, is a North American species from the sunflower family. It is very common in the western states but strikingly beautiful as it stretches across the horizon. It was named the state flower in 1910 but then in 1986 it was named the State Wildflower. 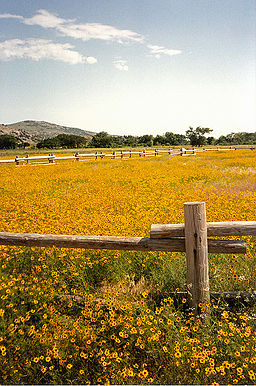 See the wildflowers on display at the Wichita Mountains National Wildlife Refuge. It was founded in 1901 and was the first wildlife refuge in the United States. It was established to protect wildlife species that were in danger of extinction and has helped preserve and restore the disappearing wildlife and native landscape of Oklahoma.