The Louisiana Native Plant Society News is published seasonally and available to members and guests on their website. Past articles are also available for perusal. 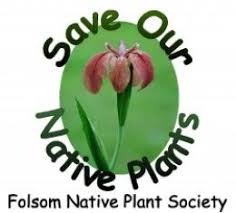 The Folsom Native Plant Society hopes to instill in others the importance of protecting our most basic resources, the native plants and the water and earth of the beautiful St. Tammany Parish. This goal became even more important that ever after the devastation of Hurricane Katrina in 2005.

A Native Giant of Louisiana

﻿The Bald cypress, Taxodium distichum, is a conifer but unlike most conifers it loses its leaves in the winter giving it a "bald" appearance. The knobby protrusions that grow up around the base of the trees are called cypress knees. Their function has been debated but the consensus is that they help stabilize the trees in their swampy habitat.

"the iris center of the universe"

The Louisiana Iris, a taxonomic group of five iris species, was discovered quite by accident, if the stories are to be believed, by Dr. John K. Small (1869-1938), an American botanist. Dr. Small, while traveling by train through Louisiana, saw a huge field of Iris from the window that rivaled any he had seen elsewhere. At the next town he borrowed a hand wagon and traveled back to the field and realized he had discovered an area that he later called, “the iris center of the universe.” Dr. Small went on to become a key player at the newly established New York Botanical Garden.