The Arkansas Native Plant Society's mission statement devised in 1979 reads “To promote the preservation, conservation, and study of the wild plants and vegetation of Arkansas, the education of the public to the values of native flora and its habitat, and the publication of related information.” Their website lists up-to-date information on activities, blogs and other resources to enrich your knowledge of native plants. It is also the place to find information on their Ozark Chapter.

With over 400 members they continue to evolve and provide an active resource for their community. Several books have been published though the Society by members of the Society on native plants of Arkansas; the Wildflowers of Arkansas, by Carl G. Hunter, is a highly regarded tome for both the layman and professional.

On view in Arkansas 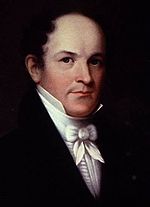 Thomas Nuttall (1786-1859) was an early explorer who was game for any expedition. Among his many accomplishments he was a botanist, plant taxonomist, botanical writer and illustrator, geologist, ornithologist, and Harvard instructor. Nuttall was, and still is, respected as the most widely traveled and most knowledgeable naturalist of his time. He gave 34 years of his life (from 1807 to 1841) to collecting, describing, and teaching about the flora of the continent, from the Atlantic to the Pacific. One of his travels took him to Arkansas where he not only identified most of the states native plants but also gave descriptions of early Arkansas life. He spent many years out in the wilderness but his outdoor skills were under question. It has been said that on expeditions he used his rifle to dig up plant specimens much to the abhorrence of his fellow explorers.