Plants of Japan in illustrated books and prints (2007): Home 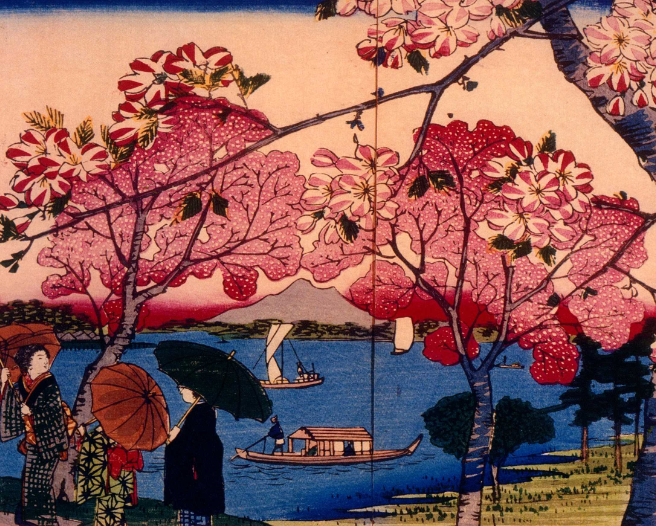 Since the 16th century, when Westerners first came into contact with the Japanese, there has been a mutual fascination and exchange of both perspectives and plants. Drawing upon the rich resources of the LuEsther T. Mertz Library, Plants of Japan in Illustrated Books and Prints presented a sampling of Japanese flora in historical, economic, and cultural contexts. It complemented the Garden-wide celebration, Kiku: The Art of the Japanese Chrysanthemum.

Inspired by the natural forces that shaped their environment, the Japanese, since ancient times, have shown a keen appreciation of and sensitivity to the natural world. They have developed a unique way of looking at trees and flowers, not only for their beauty but also out of a deep respect for nature. This aesthetic is manifest in the practiced skills of bonsai, the art of miniaturizing trees and shrubs; the honored tradition of hanami, viewing flowers; and the meticulous techniques required to grow and display kiku, the Imperial flower of Japan.

The horticultural and cultural exchange between Japan and the West over more than three centuries was presented through images and text that explored several inter-related themes, including trees and shrubs, useful plants of Japan, Western botanical exploration of Japan, and the Japanese aesthetic as exemplified in garden design. Also on view were beautiful and timeless images of some of the most popular and intriguing plants of Japan, including tree peonies, hydrangeas, scarlet maples, Japanese iris, clematis as well as chrysanthemums — many of which have also become favorites in the West.

Excerpted from the President's Letter in the exhibition catalog