Glasshouses: The Architecture of Light and Air (2005): Home 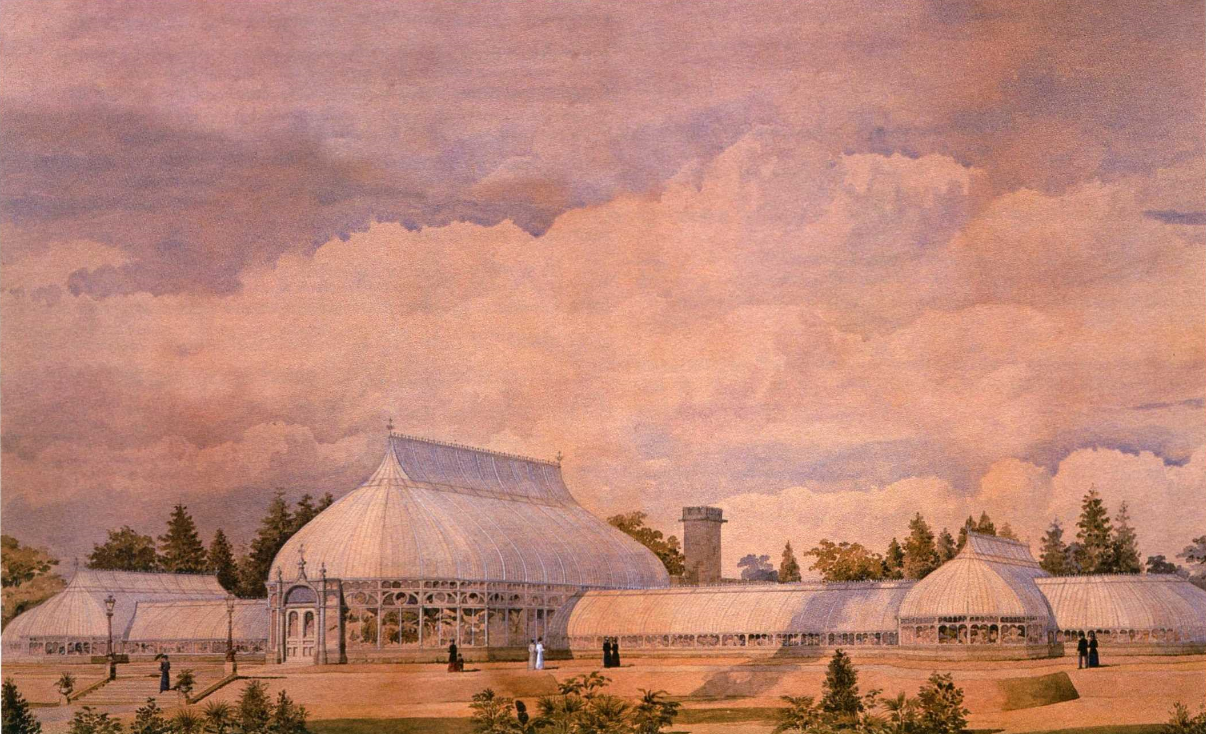 Glasshouses: The Architecture of Light and Air, curated by Dr. Therese O’Malley of the National Gallery of Art, chronicled more than three centuries of glasshouse evolution. It brought the rich architectural, social, and horticultural history of glasshouses to life, illustrating the many ways that architectural ingenuity and horticultural expertise have allowed people to grow tropical plants in cold climates.

Glasshouses celebrated the opening of the Nolen Greenhouses for Living Collections, the most sophisticated behind-the-scenes greenhouses at any botanical garden in the United States. This aesthetically striking facility is a fitting counterpart to The New York Botanical Gardens Victorian landmark display glasshouse, the Enid A. Haupt Conservatory.

As this exhibition demonstrated, the 19th century was a high point for “crystal palaces.” NYBG is privileged to have one of the finest examples of the genre, the Haupt Conservatory, as our institutional centerpiece. In addition, the LuEsther T. Mertz Library holds the archives of the Lord & Burnham Co., the leading designer and fabricator of the many outstanding glasshouses built in the United States in the late 19th and early 20th centuries, including the garden's own Conservatory. These archives were a key source for the exhibition, which included illustrated books, prints, watercolors, and architectural drawings. Horticultural manuals, gardening treatises, glasshouse artifacts, and industry catalogs round out the story, with most of the items in the exhibition drawn from the LuEsther T. Mertz Library’s own rich and diverse collections. But the glasshouse story began centuries earlier. This exhibition vividly showed how technological advances made it possible for horticulturists and plant hunters to create glass-roofed tropical habitats where the populace could be mesmerized by exotic plants and the accompanying lore of adventure, exploration, and plant science.

Glasshouses are shelters for plants from other climates and for plants grown out of season. The building type evolved, over the course of a few hundred years, from simple unheated sheds, used to protect citrus and other tender plants, to the vast glass-and-iron, climate-controlled conservatories and greenhouses of the 19th century. Botanists and gardeners joined with architects and engineers to create structures that provide for plants’ differing needs for heat, light, and humidity—and provide as well for the human desire for beauty and the wish to preserve a vision of paradise. This evolution culminated in 1851 in the astonishing triumph of London’s Crystal Palace, the colossal international exhibition hall, built entirely of glass and cast-iron, large enough to enclose venerable elm trees in Hyde Park. In the United States, glasshouses were found in private homes, commercial nurseries, and in many public parks and gardens that were established in the last half of the century, among these The New York Botanical Garden.

The preeminent glasshouse designer and gardener John Claudius Loudon wrote in his 1826 Encyclopaedia that the great object of any type of glasshouse “is or ought to be, the admission of light and the power of applying artificial heat with the least labor and expense.The title of this exhibition refers to the two driving forces in the evolution of glasshouses: light and air. As gardeners gradually came to appreciate the importance of direct sunlight on the cultivation of plants, their plant houses were designed to allow more and more exposure through the substitution of opaque surfaces with glass. Air refers to the importance of temperature, humidity, and the movement of air within glasshouses for the cultivation of plants.

Historians, long fascinated with the glasshouse because of its perfect blending of fantasy and rationality, have produced a vast literature on its place in the history of design, botanical sciences, and engineering. Fortunately, the theory and practice of glasshouse design has been recorded since the 17th century in illustrated treatises, books and periodical literature. Through the words and images of those designers, scientists, and gardeners who perfected the glasshouse ideal, this exhibition draws upon a wealth of visual and textual evidence in order to illustrate the importance of this architecture of light and air in the history of horticulture and design.

The dependence of botanical illustrations upon glasshouse collections has had a long and distinguished history. Sydenham Edwards at Kew, Charles McIntosh at Claremont, and Mary Eaton at The New York Botanical Garden are a few of the artists and publishers exhibited here who used glasshouses as sites for the artistic and scientific production of botanic illustrations. Rare flowers and fruits were the pride of owners who commissioned artists to record their collections. The social importance of valuable plants was put on display in glasshouses and preserved in illustrated books. These beautiful objects represent the history of the design and use of glasshouses in the service of art and science. 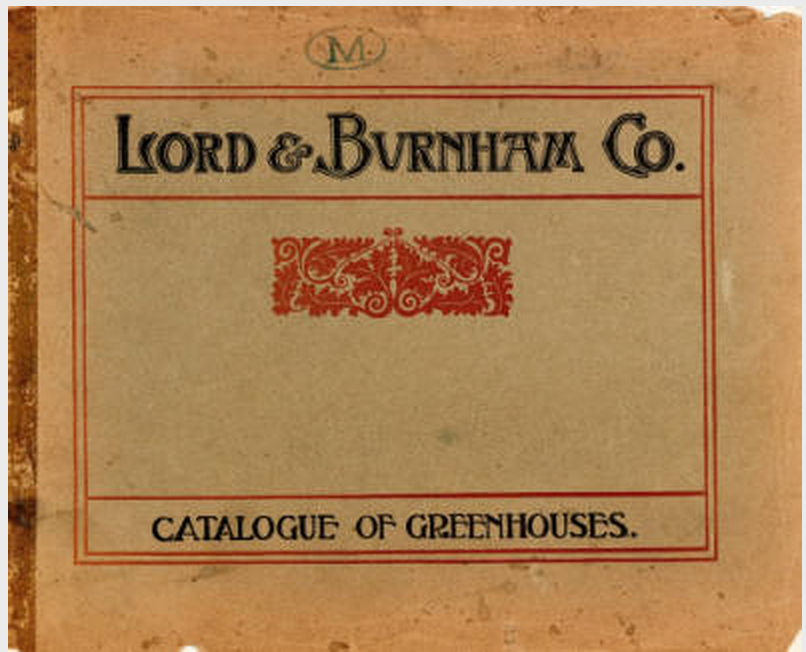 The LuEsther T. Mertz Library at The New York Botanical Garden has extensive holdings both from and about the Lord & Burnham Company through its lifetime, and works on glasshouses and architecture. The library houses publications and periodicals related to Lord & Burnham. Included in the collection are works about the company's history, the structures and designs created by Lord & Burnham, guides for greenhouses, and handbooks about gardening. A selection of titles from the library catalog and published by Lord & Burnham Company are listed in a column on the right-hand side of this LibGuide.

To search the library's catalog of Lord & Burnham materials, please visit the database.