James L. Luteyn is retired Mary Flagler Cary Curator and Senior Curator, Institute of Systematic Botany at the New York Botanical Garden (NYBG), specializing in the Ericaceae family.  Dr. Luteyn joined the staff of the NYBG as Associate Curator in 1975, immediately after receiving his Ph.D. from Duke University.  He became Curator in 1981 and Senior Curator in 1989.  He received the Mary Flagler Cary curatorship in 1998 and held it until his retirement in 2007. 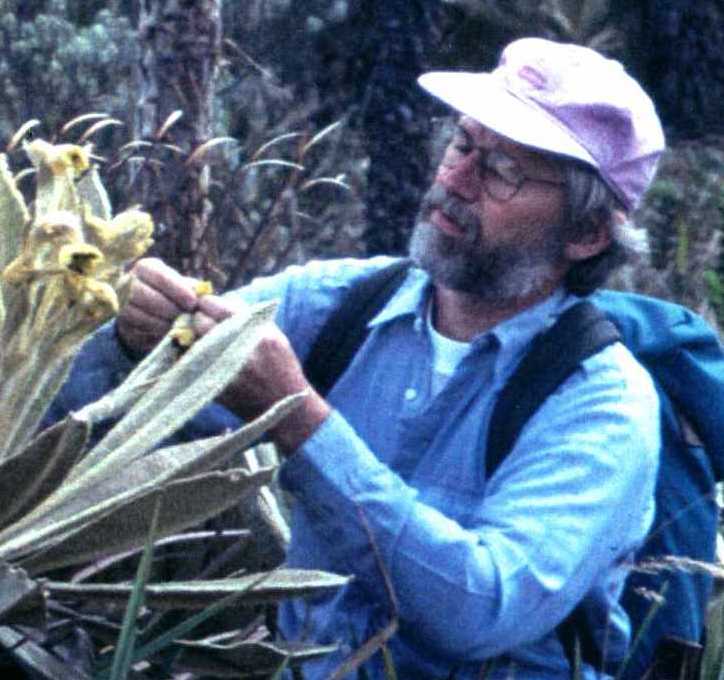 In a career spanning more than 30 years at NYBG, he published more than 100 works and edited and authored ten books. These include one on Rhododendron classification (1978), a checklist of plant diversity in the páramos (1999) and Biodiversity and Conservation of Neotropical Montane Forests (co-editor, 1995). Luteyn has prepared monographs of selected ericaceous genera for Flora Neotropica and worked on regional floristic inventories of the family for all the Central American countries, Ecuador and the Guyana Highlands of Venezuela. Luteyn was an adjunct associate professor at Lehman College, City University New York and has been an associate editor of Brittonia, Taxon and editor of Flora Neotropica.

Dr. Luteyn’s interest in philately began in the 1950s, when he started to collect stamps of the world.  This evolved into a collection focusing on issues of the United States and United Nations.  When he joined that staff of the NYBG, in 1975, he began a topical collection of stamps depicting plants and flowers.  At the NYBG, he met Dr. Ghillean Prance, Director of the Institute of Economic Botany and Senior Vice-President for Science at NYBG.  Dr. Prance was also a collector of stamps depicting flowers, and they began an active exchange of stamps for their collections.

Dr. Prance left the NYBG in 1988 to become director of the Royal Botanic Garden, Kew.  Just before leaving, he was given a topical stamp collection of plants and flowers assembled by Dr. William Steere, Sr., Director and President of NYBG from 1958 to 1972.  Dr. Prance gave Dr. Luteyn stamps from the Steere collection which were duplicates for him.  Another active exchange partner with Dr. Luteyn was Professor Siwert Nilsson. Professor Nilsson, an expert on pollen, was head of the Palynological Laboratory at the Swedish Museum of Natural History in Stockholm.

In addition to these exchange relationships, Dr. Luteyn’s collection grew through subscription to new issue services for about 10 years during the 1980s, and by purchases on his trips abroad. 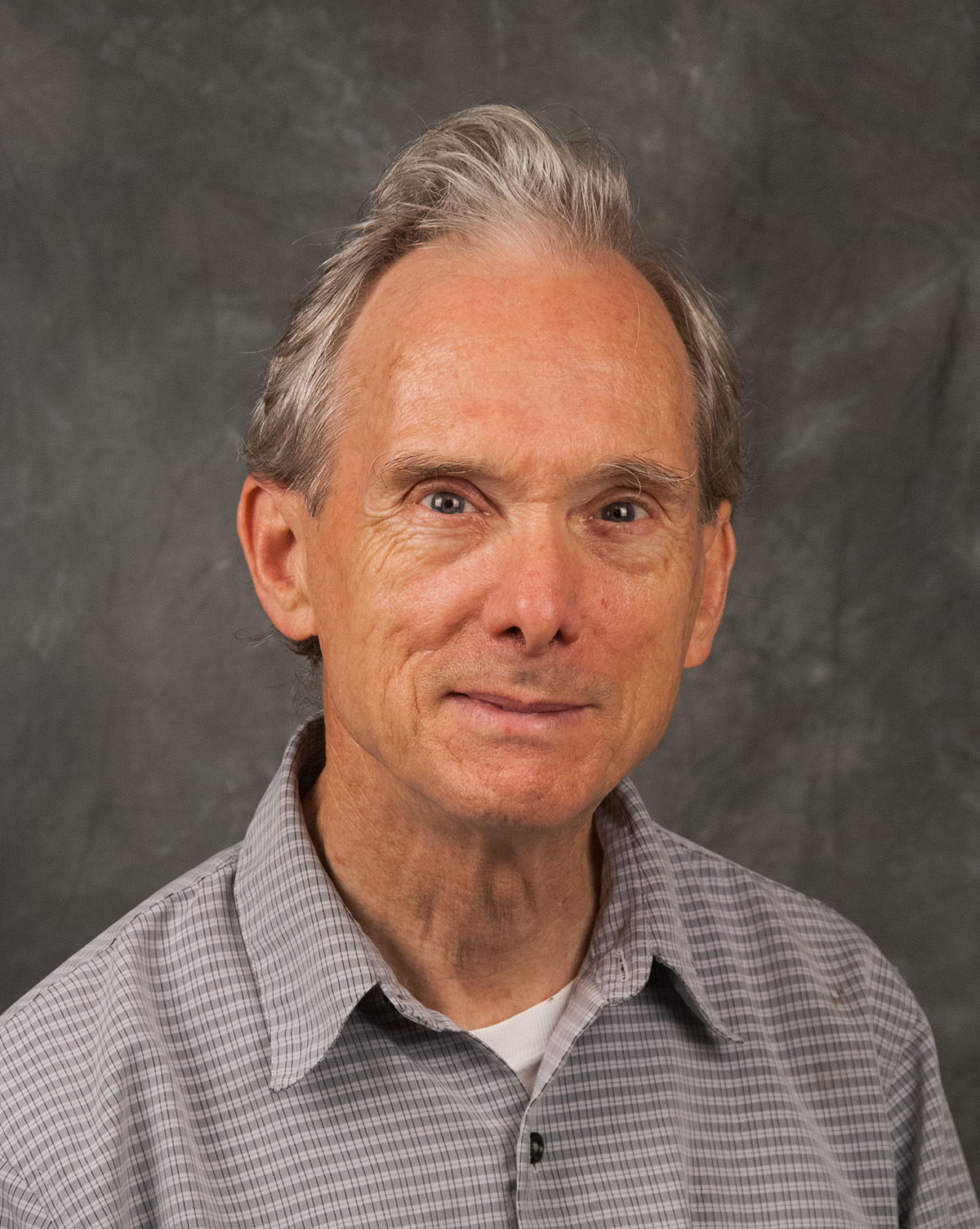 William Robert Burk (Bill), longtime Biology Librarian at the University of North Carolina at Chapel Hill, was born in Norwalk, CT on June 25, 1945, the son of Oliver George and Lillian Marie (Renstrom) Burk. Through his parents’ love of the natural world, he gained a strong interest in nature, particularly in botany. He gardened on the grounds of the family’s home and in a small greenhouse that his father and paternal grandfather built.

Bill attended Central Connecticut State College (now University) in New Britain, where he earned his B.A. in Biology.  In fall 1969, he transferred to Michigan State University, East Lansing, where he received an M.S. in Botany in 1971.  Bill next enrolled in the School of Library Science at the University of Michigan, Ann Arbor, earning an A.M.L.S. in December 1972.

After working at the Marriott Library, University of Utah and the Robert F. Kennedy Memorial Library in Guam, he became science cataloger at University of California, Santa Barbara, where he remained until the end of January 1979.

On February 1, 1979, Bill became Botany Librarian at the University of North Carolina, Chapel Hill (UNC). A year later, he published A Bibliography of North American Gasteromycetes: I," (Bibliotheca Mycologica, Band 73; Vaduz: J. Cramer) based on his library science master's paper. In 1982 the University science departments of Botany and Zoology merged to form a Biology Department, and six years later, in 1988, Bill became the Biology Librarian.  In this capacity he took charge of two library units, Botany and Zoology. In 2008 these two library units merged to form a consolidated Biology Library. Bill retired in 2009. The University of North Carolina at Chapel Hill conferred on him the title Biology Librarian Emeritus, the first librarian to be accorded that honor in the institution’s history.

Bill became interested in mycology in 1969. Enthralled by the beauty of mushrooms, he collected and identified mushrooms in the ensuing decades. Coinciding with his mushroom studies, he avidly began collecting mycological literature in 1971. Bill has a long standing interest in the history of botany, including biographical research on botanists and publications in natural history for children inspired by the work of Emanuel D. Rudolph and Ronald L. Stuckey. Bill has published over 120 articles on mycology, history of botany, and biography of scientists. He donated his collection of over 2,000 children’s books and part of his collection of over 1,800 volumes of mycological literature to the Botanical Research Institute of Texas.

His interest in mycophilately (mushroom stamp collecting) began around 1980. While reading articles in mycological newsletters and journals, Bill noted an advertisement on mushroom stamps. He answered an ad that Bill Long had placed inThe Mycophile, newsletter of NAMA. Mr. Long specialized in the sale of mushroom stamps from around the world. Thus began Burk’s adventures in stamp collecting. He purchased the majority of his stamps from Long but also bought a significant collection of stamps from mushroom enthusiast Robert Peabody of Milford, New Jersey. The height of Bill’s stamp collecting occurred from the early 1980s until the late 1990s. His collection contains nearly 1,000 stamps housed in two albums. In 2010, Bill donated the collection to the LuEsther T. Mertz Library at the New York Botanical Garden in memory of Anne Lubrecht (1911-2009), co-founder of Lubrecht & Cramer Ltd. and a devoted friend of the NYBG. Anne and her husband Harry Lubrecht were Bill’s longtime friends.

In 1958, Mr. and Mrs. Roy A. Hunt donated funds for the construction of a new library building on what was then the Carnegie Institute of Technology. The donation originated with Mrs. Hunt’s desire for a home for her fine collection of historical botanical books.  In 1961 the Hunt Botanical Library opened and still houses Mrs. Hunt's collection under the care of the Hunt Institute for Botanical Documentation.

The Hunt Library donated its collection of about 5000 postage stamps to the LuEsther T. Mertz library in 2012.