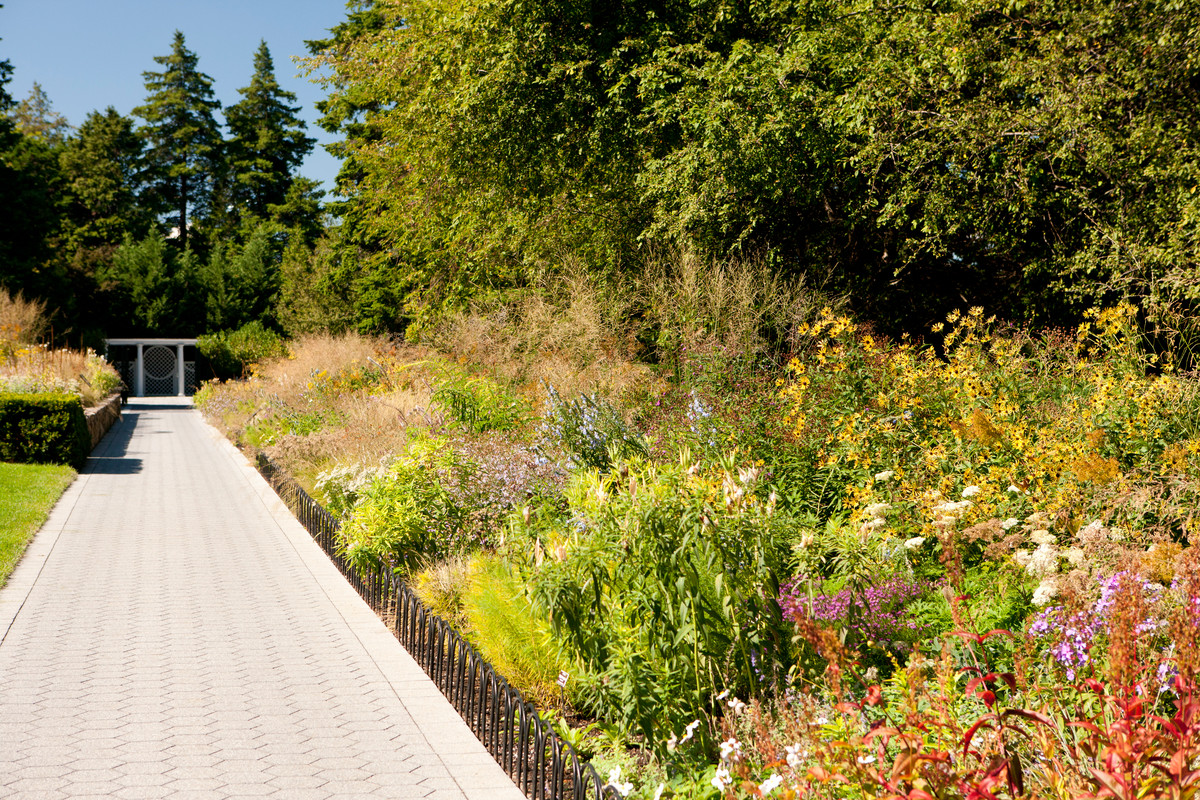 The Seasonal Walk, a year-round garden nestled against the north end of the Enid A. Haupt Conservatory, gradually evolves through the seasons with an ever-changing palette of color, form, and texture. Designed by noted Dutch garden designer Piet Oudolf, the garden features an eclectic array of perennials, grasses, and bulbs chosen with an emphasis on plant structure and textural contrasts. The garden’s two long beds flank a stone path leading to an arbor and terrace, and from spring through the fall these beds form a spectacular corridor for weddings and other special occasions. 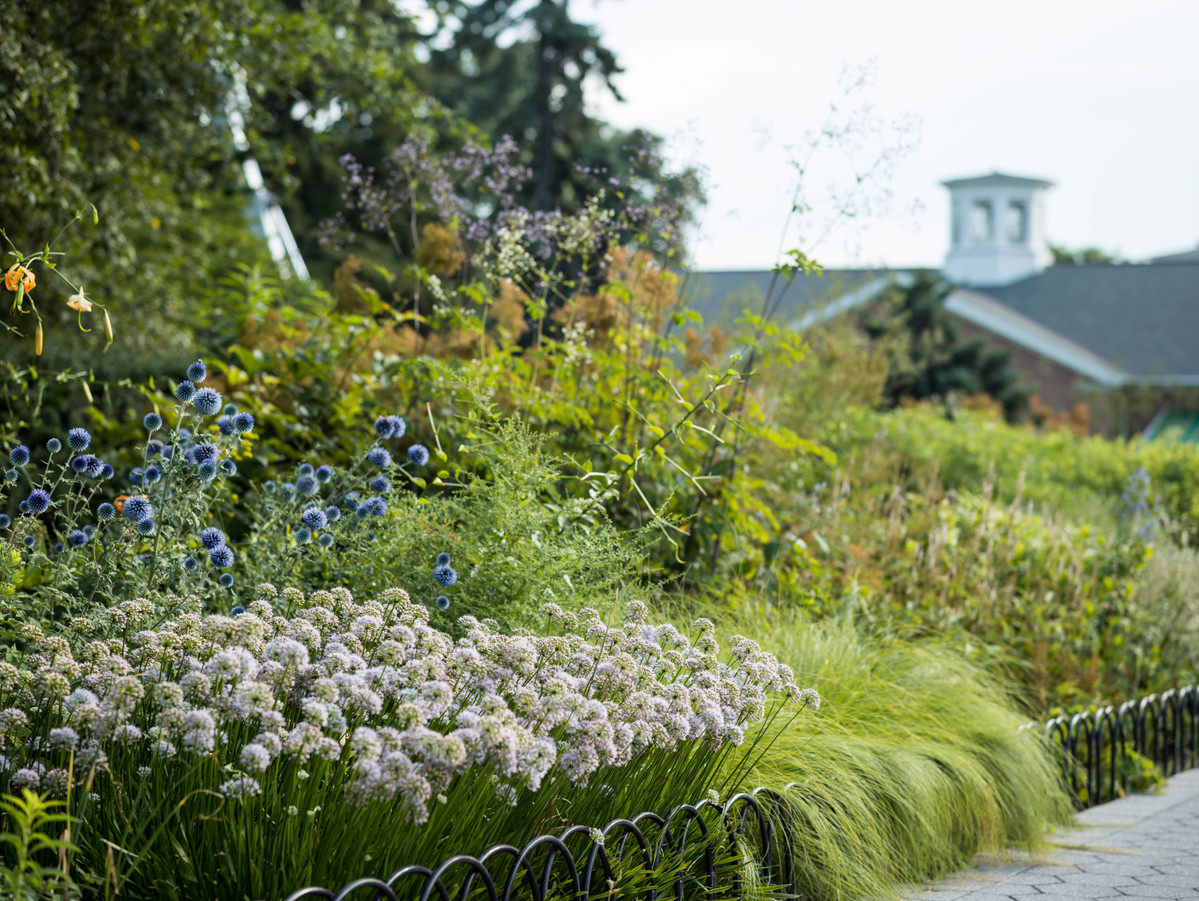 The Walk was traditionally planted each spring with a massive, colorful display of tulips, which was replaced a few months later with a dramatic arrangement of summer tropicals. In 2011 NYBG asked Oudolf to design the beds as a summer border meant to last just one season. His design was so successful that the Garden commissioned him to create a permanent planting there in 2014. Oudolf’s mission statement: to create a garden that is gorgeous from April through October, but that’s also alive and interesting from late fall to early spring, and that is ever-changing and evolving.

The Walk presented a few design challenges for Oudolf. The two beds are long and narrow, but one is narrower and shorter than the other, and receives both less sunlight and rainfall because of its setting. Oudolf’s goal was to select plants that were not used elsewhere on NYBG’s grounds, limiting his choices to some degree. He worked closely with Marjorie Rosen, the NYBG board member who funded the installation and ongoing maintenance of the Walk, and Kristin Schleiter, NYBG Associate Vice President for Outdoor Gardens & Senior Curator, who both provided input as Oudolf formulated the design. His assumption was that the plantings would change somewhat over time. “We let the garden tell us what’s working and what’s not,” Schleiter says.

Oudolf is deeply inspired by natural areas where wild perennials, grasses, and bulbs intermingle, and while the Seasonal Walk’s plantings don’t pretend to be “nature,” says Schleiter, the design calls heavily on it as a model. Oudolf often relies on drifts of grasses to anchor his designs. Here, though, he used a planting scheme based on islands and threads of perennials woven with a few grasses and bulbs. No variety is used just once; instead plants are repeated and grouped for striking juxtapositions. This creates both a feeling of order and calm, and, paradoxically, a sense of movement and action. A simple, neatly clipped yew hedge serves as a contrasting backdrop—the exuberance of the borders works best against the orderly screen behind them. 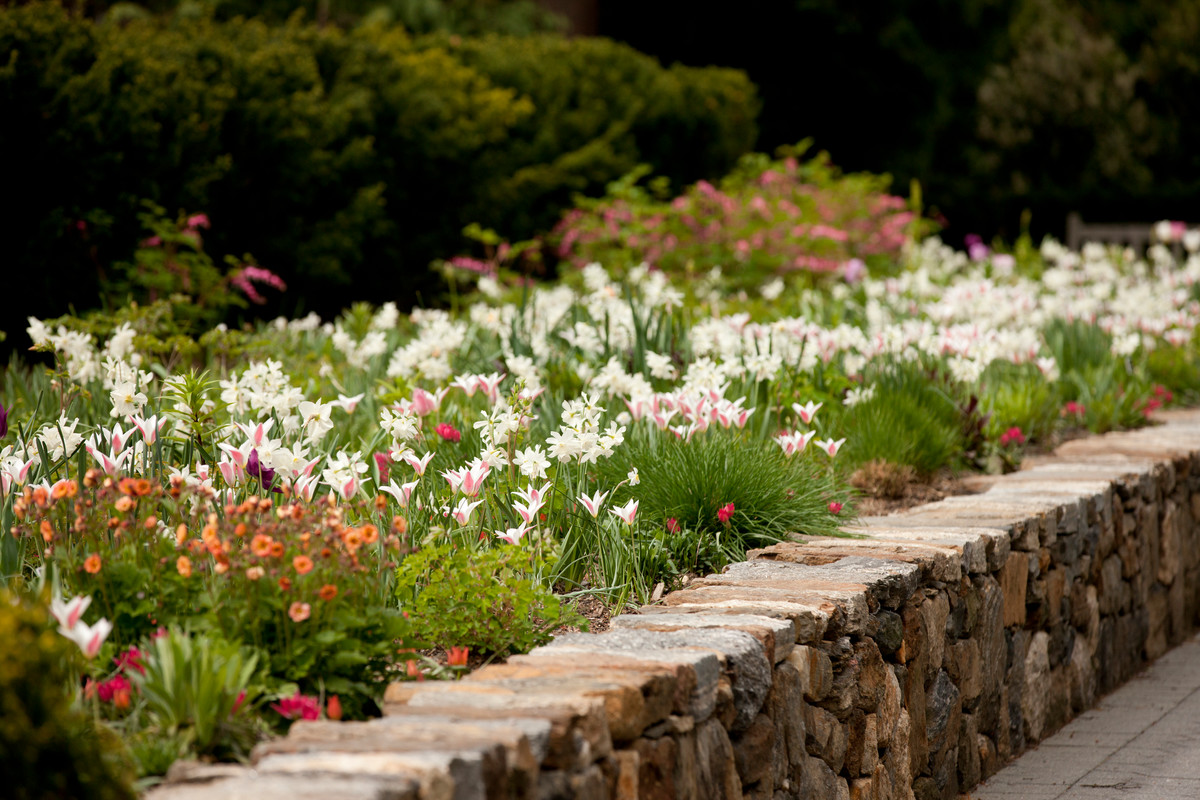 One of the unique aspects of the Walk is that every two to three weeks it morphs into a different garden. Below are some of the highlights throughout the seasons.

Spring: Just before the bulbs emerge in early spring the Seasonal Walk is cut down to the ground—the only time the garden is bare during the year. To signal the advent of the new year Oudolf chose an exquisite mix of early spring bulb cultivars including glory-of-snow (Chionodoxa ‘Pink Giant’), grape-hyacinth (Muscari ‘Valerie Finnis’), dwarf reticulated iris (Iris ‘Harmony’), and a white variety of Siberian squill (Scilla ‘Alba’). Masses of daffodils (Narcissus) follow. Oudolf eschewed yellow varieties, focusing instead on gorgeous white or white with pink-centered cultivars including ‘Thalia’, ‘Pink Charm’, and ‘Segovia’. He also favored white and pink tulip (Tulipa) cultivars such as ‘Marilyn’, ‘Lady Jane’, and ‘Little Princess’. As these blooms fade, columbine (Aquilegia canadensis), which is woven throughout the border, rises above the emerging foliage around it.

Winter: Oudolf’s approach is to leave plants in place as long as they remain visually effective, and most of the plants in the Walk are not deadheaded—their striking skeletons and seed heads are left to overwinter, so the Walk remains fascinating through the winter months with evocative silhouettes rising from a blanket of snow. The strength of the plants’ architecture, and of the Seasonal Walk’s design, is revealed when the flowers have faded away, but movement and texture are still at play. 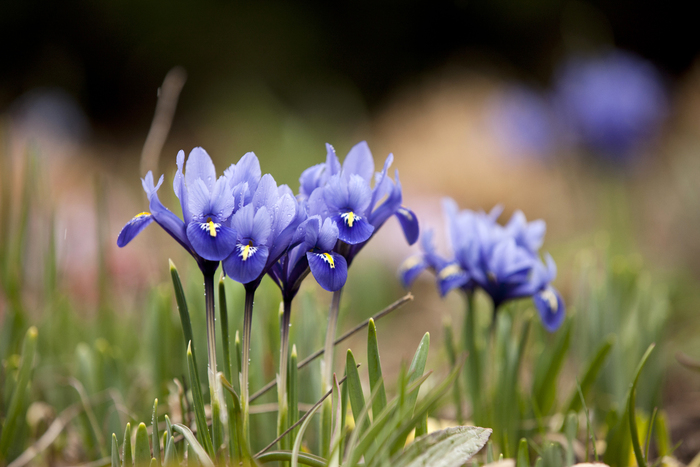 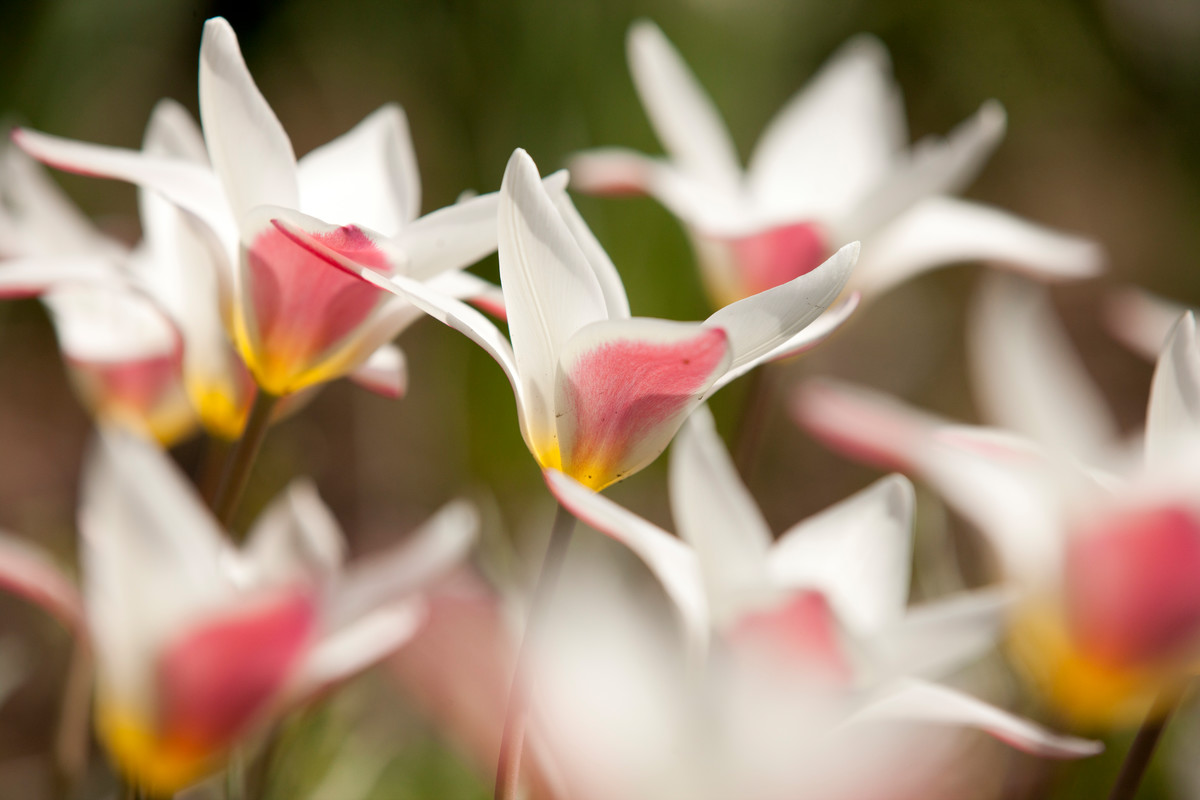 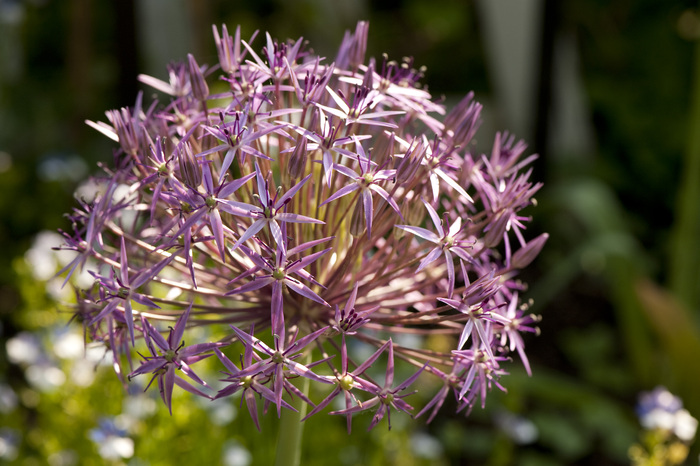 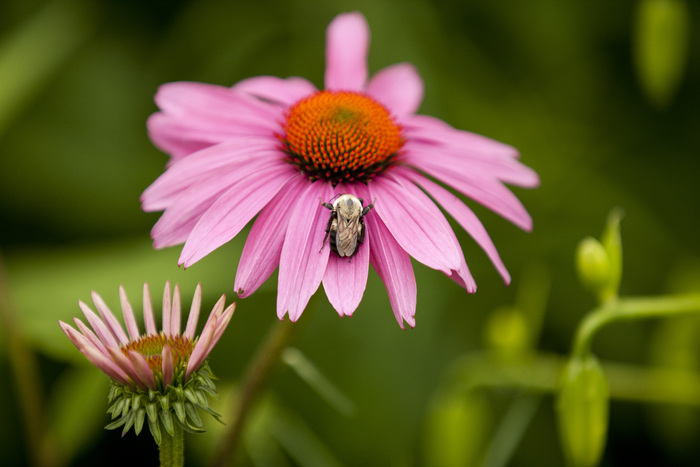 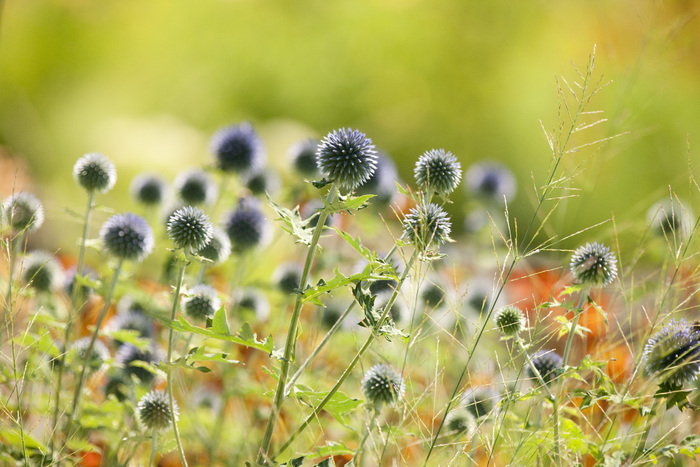 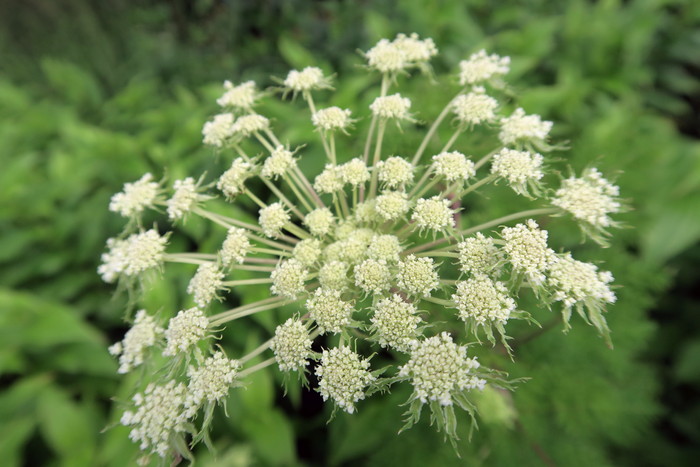 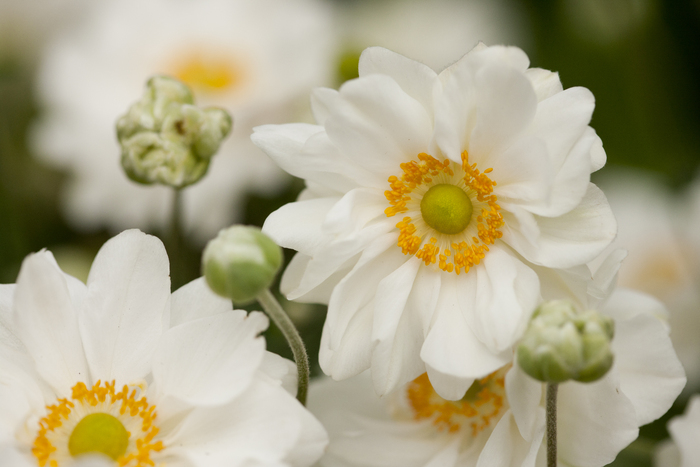