According to their website the purpose of the Native Plant Society of Texas is the promotion of research, conservation and utilization of native plants and plant habitats of Texas through education, outreach and example.  Founded in 1981 in Denton, Texas they now have over 30 active chapters located throughout the state.

The Native Plant Society of Texas News is published quarterly and mailed to all members only. They also have an extensive list of resources available for anyone interested in native plants.

Native Prairies Association of Texas (NPAT) was founded in 1986 by a group of Texans concerned about their disappearing prairie heritage, especially Texas’ endangered tallgrass prairies. This group is dedicated to the conservation, restoration, and appreciation of native prairies, savannas, and other grasslands in Texas. As a member you will receive t﻿he Texas Prairie News, a publication that is occasionally available online.

A Native of Texas

The False dayflower, Tinantia anomala, also called "Widow's Tears" is a relative of the spiderwort and can look like grass when not in flower. 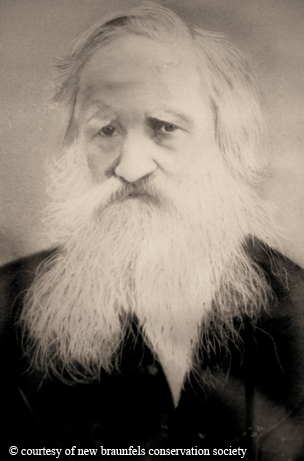 Ferdinand Jacob Lindheimer,1801-1879, is known as the father of Texas botany. His 200th birthday was celebrated in 2001 in New Braunfels, Texas where he had made his home. He was a pioneer and explorer of Texas and collected, described and pressed hundreds of plant specimens. These he shipped to Asa Gray at Harvard University. According to the Texas State Historical Association Lindheimer is credited with the discovery of several hundred plant species, among them a milkweed, a loco weed, a mimosa, a prickly pear, and a rock daisy. In addition his name is used to designate forty-eight species and subspecies of plants. His home and surrounding garden in New Braunfels have been restored and is now a museum.