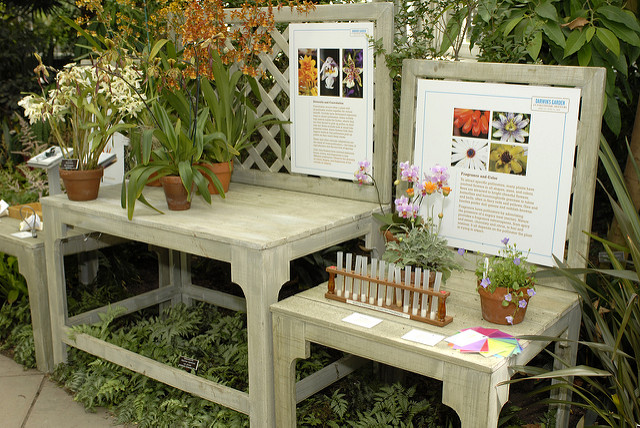 Darwins Garden: An Evolutionary Adventure celebrated the spirit of simple curiosity about the natural world that inspired and informed Charles Darwin's groundbreaking work. Although Darwin's voyage on the HMS Beagle has become an integral part of his legend, his daily walks around Down House, his home in Kent, England, from 1842 to 1882, played an equally important role in his thinking about evolution. Darwin's Garden revealed Darwin in a new light--as an attentive and inquisitive gardener with an intimate connection to plants.

After he returned from his international travels, Darwin chose to escape London and selected a home in the countryside where he could raise his family and continue to carefully observe the natural world. The plants in the garden, greenhouse, and native landscape became the subjects of constant scrutiny and countless experiments designed to understand adaptation and natural selection.

Among the highlights in the Enid A. Haupt Conservatory was a re-creation of Down House and Darwin's garden as well as the surrounding orchards and meadows where he made many scientific discoveries. Original materials from Darwin's writings and collections were among illustrated books, manuscripts, and other historical documents on view in the LuEsther T. Mertz Library. An interactive exhibition in the Everett Children's Adventure Garden displays plants important to the development of evolution, a re-creation of Darwin's research laboratory, and a timeline of his life.

On the Garden grounds, an "evolutionary tour" of living plants revealed key points on today's Tree of Life linking all living beings through a common ancestry as Darwin first proposed in 1837.  Together all of the elements of the exhibition both told the story of Darwin's life with plants and provided the opportunity to observe plants the way he did.

[Excerpt from the exhibition catalog with modified grammatical tense.] 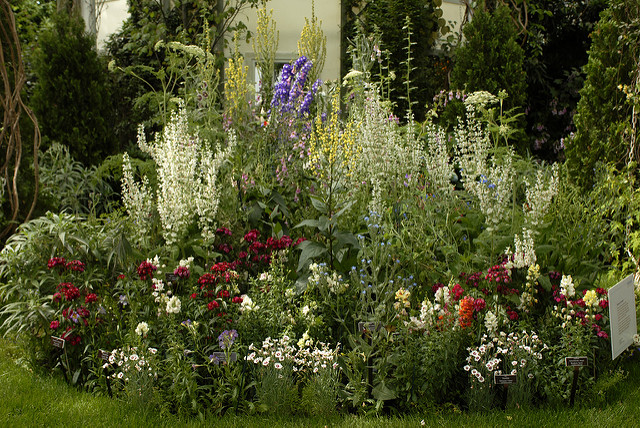 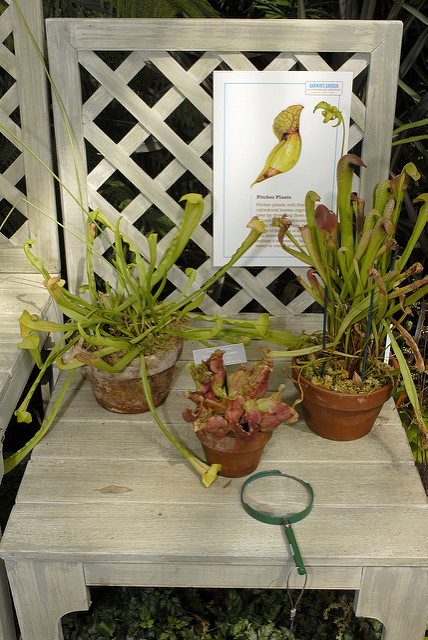